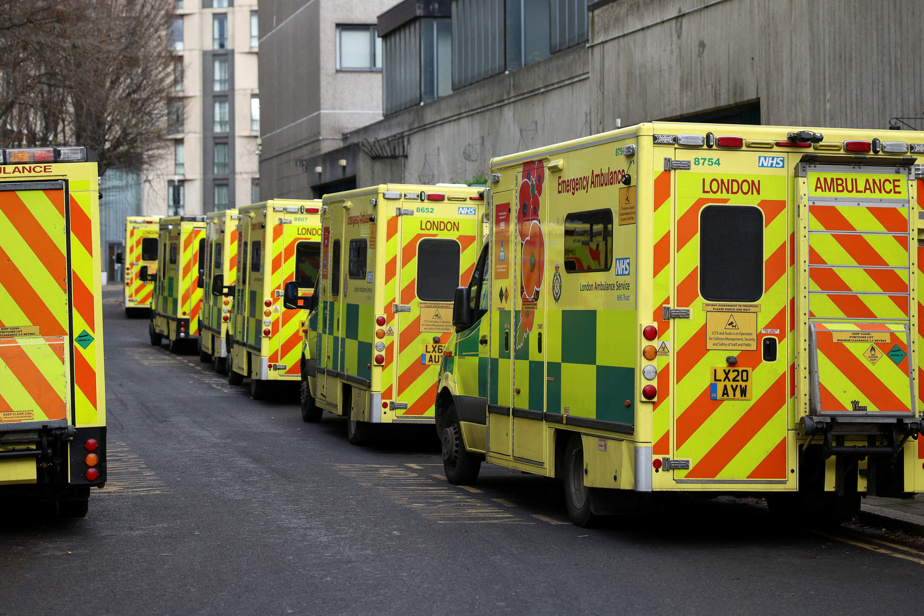 (London) Several doctors’ organizations warned on Monday of the crisis affecting emergency services in the United Kingdom, where they say many patients are dying for lack of adequate or timely care, calling on the government to respond to the rising social unrest .

The British public and free health service, the NHS, is suffering from more than ten years of severe austerity and then from the pandemic, which has left it completely exhausted.

This crisis, which regularly makes the headlines in the British media, was reignited on Sunday when the organization representing emergency workers, the Royal College of Emergency Medicine, estimated that between 300 and 500 patients would die each week due to deficiencies in care. urgency, including the endless waits.

Hospital officials have played down the credibility of these figures, but the vice-president of the Royal College of Emergency Medicine defended this estimate on Monday on the BBC and rejected the hypothesis of temporary difficulties: “If you are in the field, you know that it’s a long-term problem, it’s not just short-term,” insisted Ian Higginson.

The government questions the current situation on the consequences of COVID-19 and winter epidemics such as the flu, and claims to want to do more for the hospital, but it has recently launched a very strict budget savings policy.

He thus refuses the requests for increases requested, while inflation has exceeded 10% for months, by the nurses, who followed their first strike in December.

The British Medical Association, a federation of caregivers, joined the alarmist statements on Monday.

“It is not true that the country does not have the means to fix this mess”, denounced its president Phil Banfield in a press release.

“It is a political choice and patients are dying unnecessarily because of this choice,” he added.

He called the current situation “unsustainable” and called for “immediate” action from the government.

In his wishes, Prime Minister Rishi Sunak cited the NHS among his priorities and assured that his government was taking “decisive” measures to reduce the delays accumulated in the health service.