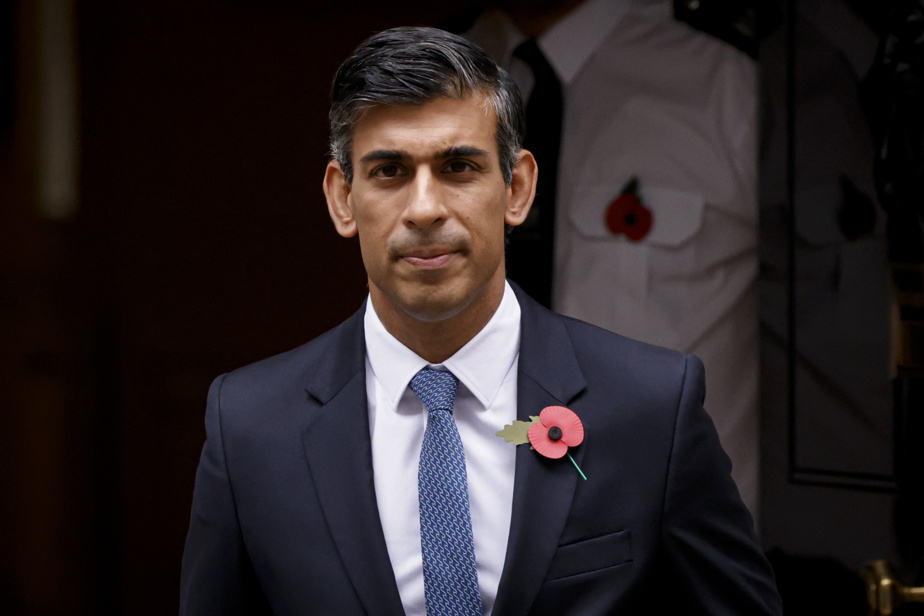 (London) The head of the British government Rishi Sunak announced on Wednesday that he would finally go to COP27, a volte-face better received in substance than in form for the conservative leader, who already has several irons in the fire on the home front.

“There is no long-term prosperity without action on climate change. There is no energy security without investing in renewables. This is why I will be attending @COP27 next week: to ensure Glasgow’s legacy translates into a secure and sustainable future,” the 42-year-old Tory leader tweeted.

Rishi Sunak, whose country hosted COP26 last year, initially said he would not go to the climate conference, justifying his absence by “pressing commitments” in the United Kingdom.

At the forefront is the preparation of the presentation of the budget on November 17, eagerly awaited after several weeks of financial storm, caused by the economic announcements of his predecessor Liz Truss, who remained only 49 days in power.

Rishi Sunak is also rocked by his controversial choice to reappoint far-right Suella Braverman as head of the Interior Ministry, just six days after she resigned – under Liz Truss – for improperly sharing official documents from a private email address. .

Added to this is the delicate management of the massive arrivals of migrants crossing the Channel on small boats, overflowing the capacities deployed by the British government, which anticipates a total of 50,000 arrivals throughout the year 2022.

During the weekly question and answer session in Parliament, his second since coming to power, Rishi Sunak defended his minister, whose departure the opposition is demanding: “She is doing her job, tackling crime, defending our borders”.

The absence of the new British leader at COP27, where Joe Biden and Brazilian President-elect Luiz Inacio Lula da Silva are expected, appeared all the more politically embarrassing as former Prime Minister Boris Johnson confirmed on Tuesday that he would go there.

After an accumulation of criticism, notably from British climate negotiator Alok Sharma, Downing Street seemed to be gradually preparing the ground for a reversal.

“Happy” with this volte-face, Green MP Caroline Lucas swept “an embarrassing misstep on the world stage”. “Let this be a lesson to him,” she tweeted.

Labor leader Keir Starmer said that “giving in to criticism is not leading”.

The king will not go

“If the UK wants to be seen as a leader in the world, it must lead the way. It’s the least we can do for the Prime Minister to go to COP27,” reacted Tracy Carty, climate manager at the NGO Oxfam GB.

Despite the reversal of the Prime Minister, King Charles III, known for his longstanding commitment to the environment, will not go there.

There is “unanimous agreement” with the government, a Buckingham Palace spokesperson said.

It was only last Friday that Downing Street publicly admitted the Sovereign would not make the trip, days after the press claimed Liz Truss had objected to the King’s attendance.

“As is the practice, government advice was sought and provided under a previous Prime Minister and it was unanimously agreed that this would not be the right occasion for King Charles to go there in person,” said a spokeswoman for the Prime Minister.

The king is organizing a reception this Friday at Buckingham Palace, bringing together 200 business leaders, decision-makers and NGOs “to mark the end of the British presidency of COP26 and look towards the summit of COP27”, according to his services. The American special envoy for the climate John Kerry is particularly expected there.