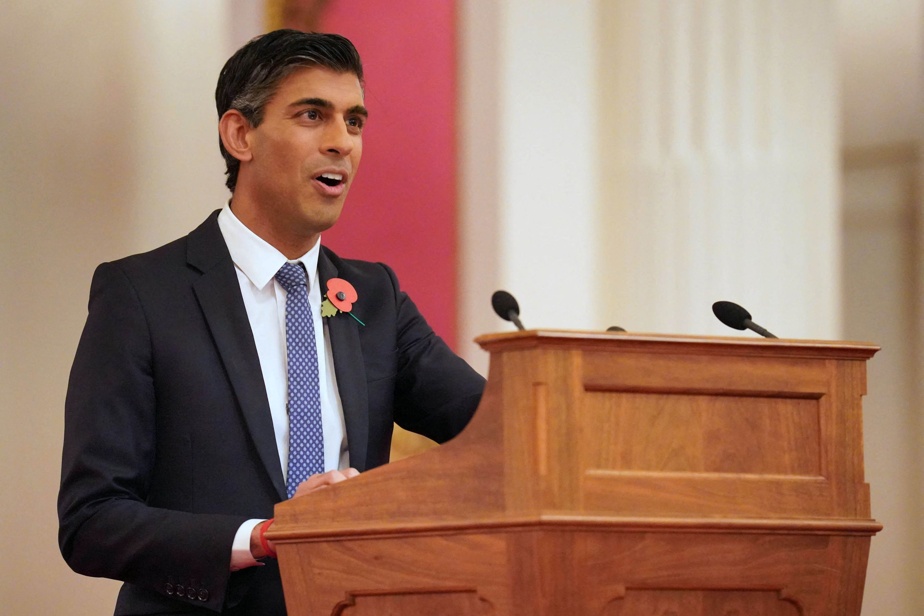 (London) British Prime Minister Rishi Sunak promised on Saturday that the budget he is due to present in mid-November would be “fair”, while repeating that the decisions to be taken were “difficult” in the face of the economic and financial crisis that is going through the country.

The government is due to unveil its budget decisions on November 17, at a time when the country is bearing the brunt of record inflation and financial concerns caused by the previous Conservative government of Liz Truss.

According to several British media, the Prime Minister and his Chancellor of the Exchequer Jeremy Hunt are considering up to 50 billion pounds in tax increases and spending cuts to reassure the long-term stability of public finances, auguring a return of austerity.

“There are difficult decisions to be made” but “we are going to be fair about how we are going to approach them”, promised Rishi Sunak on Saturday in a daily interview The Timesten days after arriving in Downing Street following the resignation of Liz Truss.

But he warned that “the government cannot do everything” and that it will have to choose the priorities. Otherwise “it means borrowing money, which ultimately leads, as we have seen, to high inflation, loss of credibility and rising interest rates”, he defended.

“I think inflation is enemy number one,” Sunak said again, promising to tackle the problem, as the Bank of England raised rates again sharply this week in an attempt to stem the tide. rise in prices, which peaked at 10.9% in October in the country.

The British are bearing the full brunt of price rises but also that of interest rates which increases the cost of mortgages.

The country has seen many strikes in recent months for pay rises and a demonstration is planned for Saturday in London to protest against this cost of living crisis and to demand a general election, at a time when the Conservatives in power for 12 years are struggling in the polls against the Labor opposition.

“My mission is to win back the trust of the British people”, by being “honest” and “fair” and by “acting on the issues that concern people”, Mr Sunak said.

“I am someone they can trust to understand the economy,” he insisted, in a thinly veiled spade at his predecessor, who stayed less than 50 days in Downing Street.