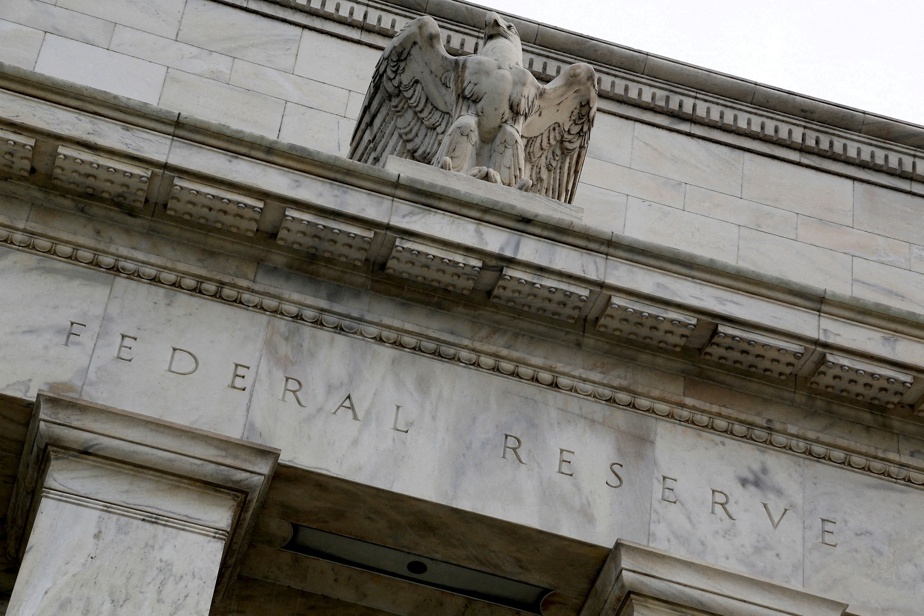 (Washington) The US central bank (Fed) has promised to fight the highest inflation in 40 years, but this poses another threat to the world’s largest economy: that of a recession.

The institution will attempt a “soft landing”, assured its president, Jerome Powell.

In other words, easing price pressures, despite the persistent global supply difficulties and the war in Ukraine which has caused gasoline and grain prices to soar, while preserving economic growth.

A task that will require “millimeter calibration,” sums up David Wessel, a longtime Fed watcher for the Brookings Institution.

The U.S. economy has recovered from the COVID-19 pandemic and is showing solid growth and record job gains, boosted by generous government aid and action by the Fed, which in March 2020 had lowered its key rates to zero, in order to support consumption.

But the American rebound has encountered several difficulties, between new waves of the virus and shortages of goods and workers, which are driving up prices, and, now, the war in Ukraine.

To slow the consumption and investment frenzy of American consumers and businesses, the mighty Federal Reserve began raising its key rates in March, leading commercial banks to also raise the cost of the money they lend. to their customers.

This first increase, of a quarter of a percentage point (0.25%), will be followed by several others. And several Fed officials, including its chairman, have warned that they could be more aggressive in the coming months, and raise rates by half a point directly, once or more.

Global stock markets have fallen in recent days, when even Lael Brainard, the only Democratic governor known for her dovish stances on monetary policy, said it was “critical” to slow inflation.

These firm positions show that Fed officials are “more likely to do too much than too little,” observes David Wessel.

Because the Fed, like many other economists, was taken aback by the speed at which inflation soared late last year, driven largely by autos and housing. .

In February, it reached its highest level since 1982, at 6.4% over one year according to the PCE index, favored by the Fed, and 7.9% according to another index, the CPI, on which the retreats.

But the central bank has more than one trick up its sleeve, and will also reduce the size of its balance sheet. That is to say, stop injecting millions of dollars into the economy, and allow the Treasury bonds and other assets it has purchased since the start of the pandemic to support the good to expire without renewing them. functioning of markets.

It should start this process at its next meeting in May and move much faster than it was after the 2008 financial crisis.

Situation “very different” from the 1970s

The question, however, is what effect this action will have, coupled with rate hikes, which has never happened before.

“It’s tricky,” commented David Wessel, who noted however that given the strength of the economy, “a mild and short recession […] could be a trade-off policymakers are willing to make” to defeat inflation.

This situation obviously brings back the specter of the 1970s, when an inflationary spiral and the oil crisis had pushed the central bank to drastically increase interest rates to provoke a recession and lower prices.

But the current situation is “very different,” said Dana Peterson, chief economist at the Conference Board, who refers in particular to a strong economy and labor market, and stresses that the Fed has strengthened its credibility in the fight against inflation.

Fed officials are looking at all the factors “and really want to calibrate that” to achieve a soft landing, and the Fed “will do everything in its power, not to ‘overreach,'” she explained to AFP.

However, the economist agreed, the central bank, even with the best will in the world, cannot control the obstacles that have led to these supply difficulties, and, in particular, the dragging pandemic.