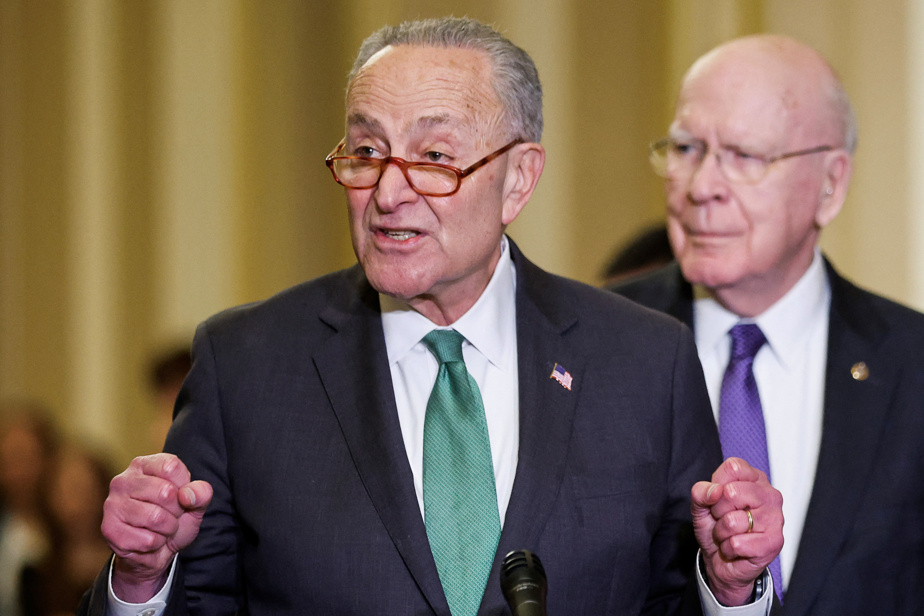 (Washington) American elected officials were trying to complete the examination of the federal budget bill of 1.700 billion dollars on Wednesday, while a winter storm could block roads and airports at the end of the week.

“The Senate has no reason to wait and there are (on the contrary) many reasons to act quickly, before a possible storm makes travel dangerous for members (of Congress), their employees and their families just before the Christmas period,” Senate Majority Leader Chuck Schumer said Wednesday.

There is urgency: Congress has until midnight Friday evening to adopt a new finance law if it wants to avoid paralysis of the federal state, the famous “shutdown”.

The senators hope to vote on the text, which plans in particular to dedicate 858 billion dollars to defense, including 44.9 billion to support Ukraine, before the end of the day, and send it to the House of Representatives so that it approve it on Thursday.

“We need to finish passing (this money bill) before the Friday deadline when funding for federal services ends, but we hope to do so much sooner,” Schumer added.

It is the last important text on the agenda at Congress, which will welcome new faces in January. The House of Representatives will have a Republican majority and the Senate will remain in Democratic hands.

The leader of the Republicans in the House of Representatives and candidate for the post of speaker in January, Kevin McCarthy, calls on his party to vote against the text, arguing that the members will have more say in the negotiations when the lower house switches in Republican hands in January.

A group of future Republicans in the House of Representatives even threatened to block any future bills from party senators who voted in favor of this text.

But Mr. McCarthy and the hard right wing of the lower house group are being largely ignored by Senate Republican leaders in particular.

“The reality is that this kind of bluster and immaturity doesn’t inspire confidence in their ability to lead,” Republican Senator Kevin Cramer told The Hill newspaper.

If the bill is not passed in time, an interim agreement could be negotiated to extend funding for federal services through January.