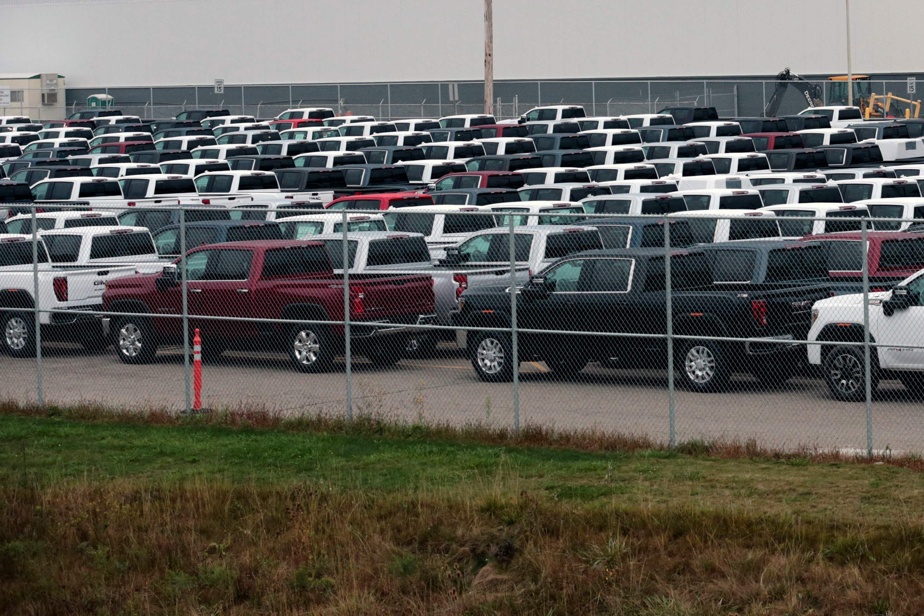 The American manufacturer, which recorded a 3% increase in its annual sales, is ahead of the American subsidiary of its Japanese rival, which sold 2.11 million vehicles last year, a drop of 9.6%.

The entire industry was reeling in 2021 from the global shortage of semiconductors, critical components for manufacturing vehicles, and supply chain disruption. This situation has largely persisted into 2022.

“We see opportunities to grow our electric vehicle market share with nine all-electric models on sale, expand our dominance in the truck […] and win new customers with the affordable and stylish 2024 Chevrolet Trax (a subcompact SUV),” he added.

The Detroit group increased sales of its Chevrolet brand by 6%, those of Cadillac (high-end cars) by 14% and those of GMC (SUVs, vans and pickup trucks) by 7%.

For its part, Toyota suffered in particular from the 8.6% drop in the number of SUVs sold, which represent more than 40% of all its sales.

According to Cox Automotive, total car sales in the United States are expected to reach 13.9 million vehicles for the full year, down 8% from 2021 and 20% from the record. reached in 2016.

“Given the strong improvement on the supply side, it seems likely that rising interest rates are now limiting demand in the auto retail market,” noted Charles Chesbrough, economist for Cox Automotive.

“With record prices and high loan rates, the number of potential buyers of new vehicles is shrinking,” he added.