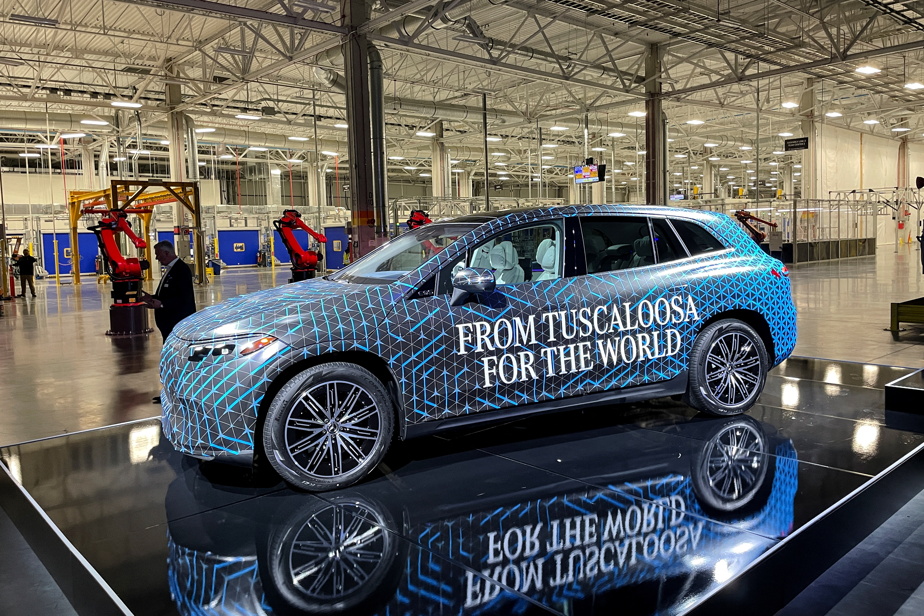 (New York) The German manufacturer Mercedes-Benz on Tuesday opened its first electric battery factory in the United States, in Alabama, where the group will launch in a few months the production of electric SUVs intended to better compete with Tesla.

The company, which is preparing to turn the page on combustion engines before the end of the decade “where markets allow”, has been established in the state of Alabama since the 1990s.

It has invested an additional $ 1 billion there for the battery factory, logistics centers and to adapt a production line for the manufacture of electric vehicles, details a press release.

Mercedes-Benz plans to begin producing SUV variants of the EQS, the battery-powered version of the Mercedes S-Class, and the EQE at its current Tuscaloosa, Alabama plant in the coming months.

The manufacturer, which aims to build eight electric battery factories in the world by 2030, also announced on Tuesday that it has entered into a partnership with the Chinese group Envision AESC, which will supply it from “halfway through the decade” with the modules. of batteries to be assembled in Alabama. These modules will be manufactured in a new factory in the United States whose location has not been specified.