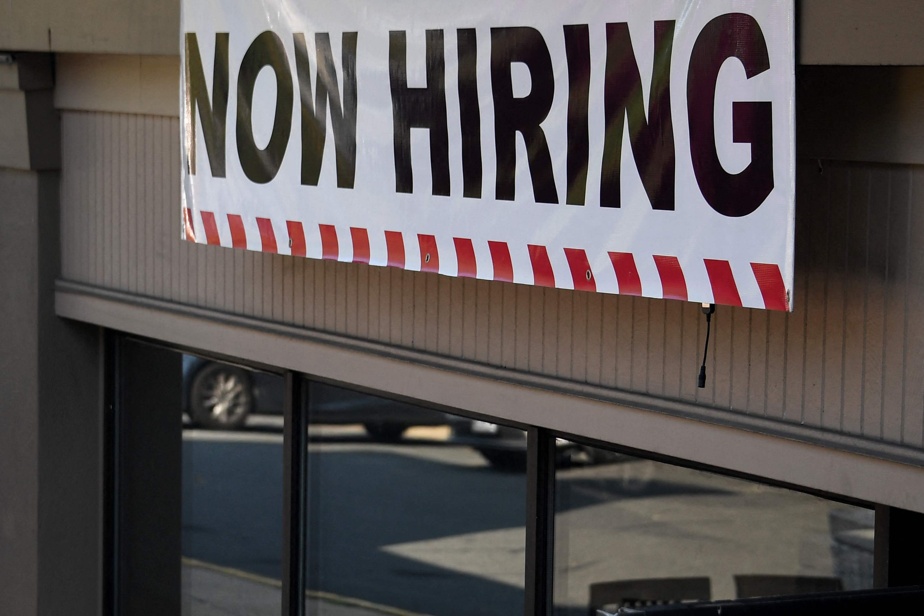 (Washington) The unemployment rate rose slightly in October in the United States, but job creations remained at a high pace, trends that do not yet reflect the effects of the Fed’s monetary policy against the inflation.

According to data released Friday by the Labor Department, the unemployment rate rose 0.2% month on month in October, to 3.7%, however, remaining close to levels seen since March.

Job creations, on the other hand, maintained a still high pace, even if they fell compared to September, with 261,000 jobs created last month against 315,000 the previous month, according to revised data (263,000 initially announced).

“Jobs have held up thanks to the public sector, but the slowdown continues on the private sector side, which confirms the downward trend observed since the start of the year,” noted Ian Shepherdson, chief economist for Pantheon Macroeconomics.

In either case, the data exceeded analysts’ expectations, which forecast unemployment at 3.6%, but only 220,000 job creations, according to the consensus published by Briefing.com.

Admittedly “the job market is not yet showing any real sign of adjustment to the rapid monetary tightening” led by the Fed, estimated in a note Rubeela Farooqi, chief economist at HFE, but the signs of a slowdown are visible, since “the activity rate has fallen and the average hourly wage is down”.

On the heels of the release of jobs numbers, Wall Street opened higher on Friday as investors hoped for a lull in Fed monetary policy.

Room for maneuver for the Fed

The employment situation is scrutinized, as it is one of the expected signs of the effects of the fight against inflation. A relative deterioration of the labor market is thus, paradoxically, desired and expected.

For more than a year, the labor market has been tight due to a labor shortage. Employers struggle to recruit, and raise salaries to attract candidates and retain employees, which contributes to driving up prices.

But the signs of a hardening of the labor market seem to have multiplied this week, even if the number of jobless claims remained almost stable compared to the previous weeks.

In particular, the employment indicator in services fell below 50% on Thursday, a sign of a market which tends to contract, and of a more cautious attitude of companies despite the lack of manpower. ‘work.

American employees still manage to negotiate wage increases that enable them to absorb part of the inflation.

The rise in wages has an impact on American productivity, down over one year (-1.4%) according to the statistics office of the Department of Labor, a first since 1982, with an effect on the economic slowdown.

It also raises fears of the risk of a possible price-wage loop which would feed inflation even more.

“I don’t think we’re seeing a price-wage loop,” however, Federal Reserve (Fed) Chairman Jerome Powell had tempered on Wednesday, “I don’t think wages are the cause of the rise in prices. But if that happens, then we will have a problem.”

On Wednesday, the Monetary Committee of the American central bank, the Fed, (FOMC) had announced an increase of 0.75 percentage point in its key rate, now located in a range of 3.75% to 4.00%, its highest level since January 2008.

The effects of this monetary tightening will take time, warned Mr. Powell, who also considered “very premature” any “pause” in the rise in rates, even if the FOMC is open “to moderate its hikes at the next meeting”. .

A low unemployment rate is seen by investors as a sign of a robust economy, giving the Fed more leeway before risking plunging the economy into a potential recession.