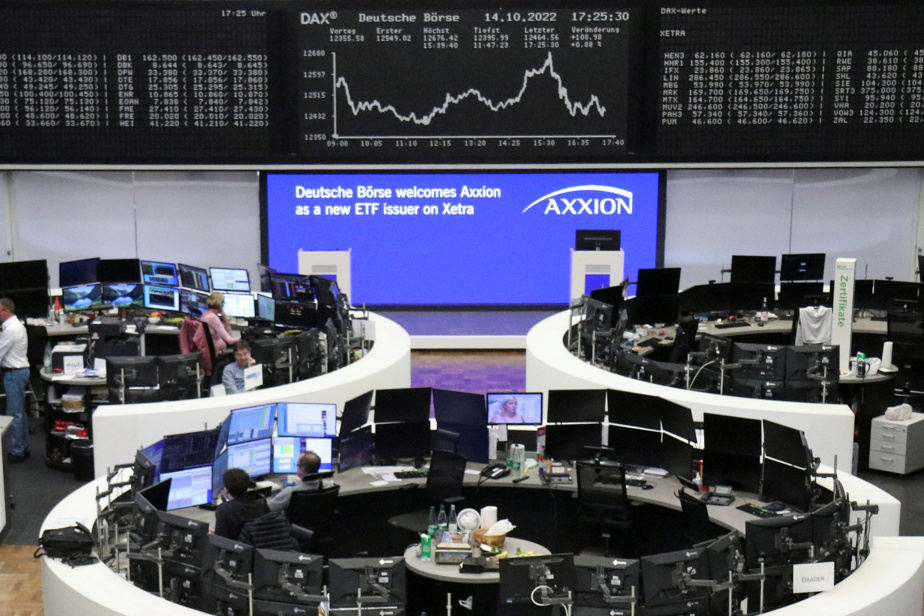 This jump was helped “by new Finance Minister Jeremy Hunt’s continued backtracking on the UK’s recent mini-budget” and by “the decent performance reported by the US banking sector”, comments Michael Hewson , CMC Markets analyst.

Jeremy Hunt has announced that he is reversing “virtually all” of the tax cuts unveiled last month – a humiliating disavowal for Prime Minister Liz Truss whose days in Downing Street seem numbered.

Mr Hunt, hurriedly appointed on Friday after his predecessor Kwasi Kwarteng’s “growth plan” plunged UK markets into turmoil, insisted in a televised statement on Monday that the government’s priority was now to restore ” stability “.

Market attention is increasingly turning to corporate earnings, with the first set of releases expected this week from big tech names like Netflix, Tesla, as well as Johnson and Johnson, Procter and Gamble, but also those of the agrifood juggernaut Nestlé or the cosmetics giant L’Oréal.

“If the results are better or in line with expectations or with reassuring speeches, we can expect” that the upward momentum in equities will be confirmed in the coming days, said Philippe Cohen, portfolio manager at Kiplink Finance.

On the calendar of economic indicators, the main event expected is the publication of the Beige Book of the American Federal Reserve (Fed) on Wednesday.

Strong banks despite the context

Bank of America said on Monday it posted better-than-expected quarterly revenue in the third quarter, but its profit fell after it put more money aside, in part to prepare for a deterioration in the economy. . The title climbed 5.46% around 12 p.m.

Goldman Sachs, which is preparing according to press reports for a new reorganization of its business units, rose 2.29%. JPMorgan, which announced better than expected results on Friday, but warned of future economic difficulties, was also welcomed by investors (+3.92%).

BP is redeemed in renewables

The British hydrocarbon giant BP (-1.23%) announced on Monday the acquisition of the American producer of “renewable” gas Archaea Energy (+ 53.14% on Wall Street) for 4.1 billion dollars, including 800 million by indebtedness.

The German airline group (+1.57%) raised its operating profit forecast for 2022, after a good third quarter marked by sales almost doubled over one year.

On the side of oil, gas and bitcoin

The price of European gas fell Monday to its lowest since June, while the European Union increases its efforts to compensate for Russian deliveries, several countries reporting more abundant reserves than expected before winter.

The Dutch TTF futures contract, Europe’s benchmark for natural gas, was at 124.50 euros per megawatt hour (MWh) around 11:55 a.m., down more than 12% from Friday’s close, a level not seen since. end of June.

On the other hand, the price of oil rose, the barrel of Brent for delivery in December taking 0.51% to 92.13 dollars, and the American WTI for delivery in November gained 0.48% to 86.02 dollars.