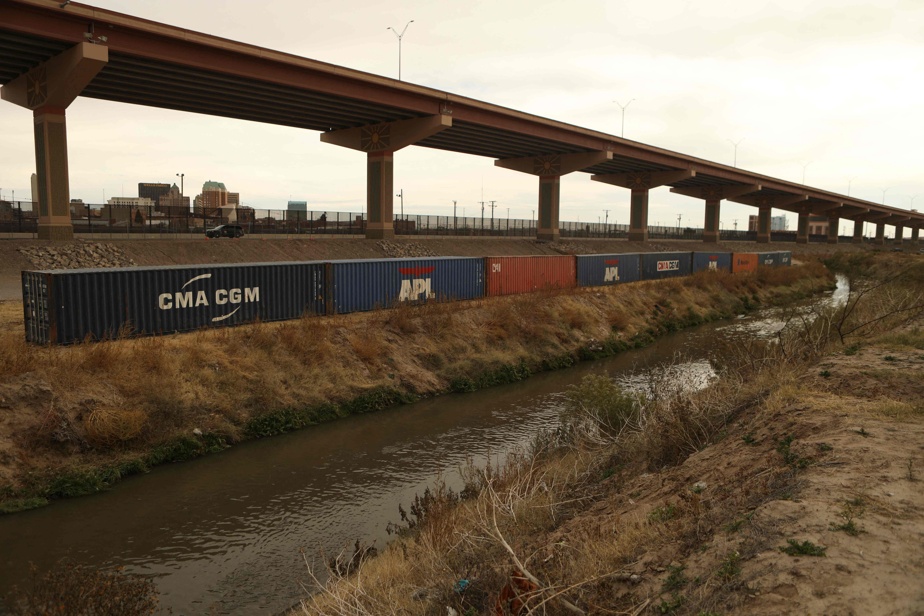 (Ciudad Juárez) Migrants stranded in Ciudad Juárez, a city in northern Mexico neighboring the United States, denounced on Wednesday the construction of a new wall of containers on the border with Texas, a few days after the announcement of the dismantling of a similar structure in Arizona.

These containers were installed on the American side of the Rio Grande, the river which marks the border and which is called Rio Bravo in Mexico, noted AFP journalists on the spot.

A similar wall, of 915 containers, had been erected along the border by authorities in Arizona, disfiguring the Coronado National Forest, a federal protected natural area, but the court ordered its dismantling before January 4.

“Every day, the situation here at the border becomes more complicated for us between the walls, the military, and now the containers,” lamented AFP Moises Carrillo, a 31-year-old Venezuelan who arrived in Ciudad Juárez after a journey of four months.

“It’s racism,” said another Venezuelan, Joseph Diaz, 24. “There is no equality, they believe they are worth more than us, but we are all human beings in the eyes of God”.

Clandestine arrivals at the US border with Mexico are currently breaking all-time highs, with more than 200,000 arrests in November alone.

The Supreme Court of the United States announced this week the maintenance of a measure taken during the pandemic of COVID-19 and allowing the deportation without delay and without possible recourse of migrants intercepted at the border.

From the introduction of this so-called “Title 42” measure in March 2020 to the end of September, US authorities on the southern border have refused 2.3 million asylum applications from migrants from Latin America and the Caribbean, according to official data.