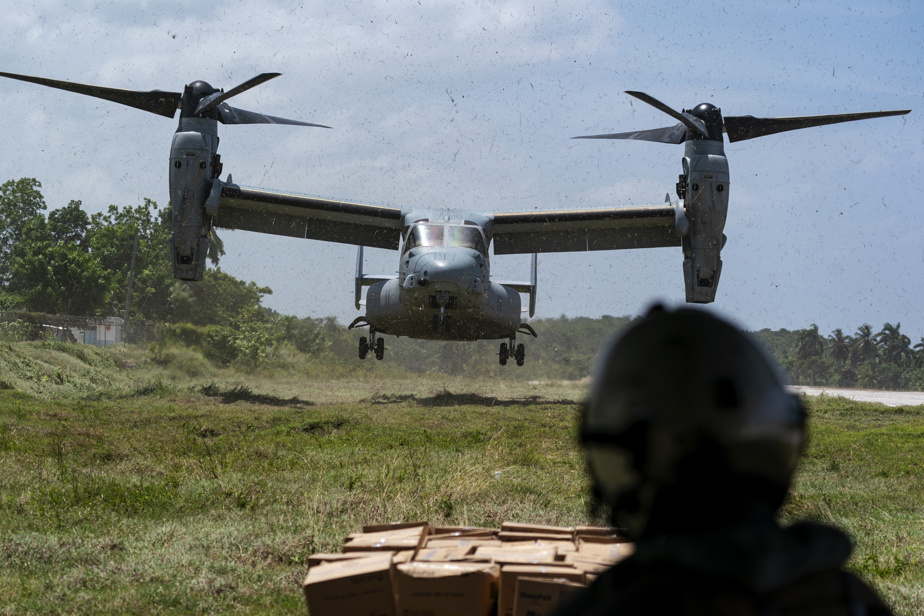 (Oslo) A US military plane with a crew of four participating in NATO maneuvers in Norway was reported missing on Friday, the Scandinavian country’s emergency services said.

“An American military aircraft, US OSPREY, was reported missing at 6:26 p.m. (1:26 p.m. ET) south of Bodø” (north), the North Norway Rescue Services (HRS) said in a statement. that the weather conditions in the area were bad.

Four people were on board the aircraft on a training mission as part of Exercise Cold Response, which involves 200 aircraft and around 50 ships.

“At 9:17 p.m., discoveries were made from the air (in the area of ​​​​disappearance, editor’s note) in Gråtådalen, in Beiarn. Due to weather conditions, it was not possible to descend to the site,” the statement said, adding that help is on the way.

“We are not at the site itself, so we don’t know anything about the four people who were on board. But we know it is a crash site,” HRS spokesman Jan Eskil Severinsen told NRK public television.

The US military has confirmed that an ‘incident’ involving a Marine Corps Osprey aircraft occurred while it was ‘conducting training in Norway as part of exercise Cold Response 22’.

“The cause of the incident is under investigation. Additional details will be provided as they become available,” spokesman Jim Stenger said.

Exercise Cold Response 2022 aims to test Norway’s ability to receive external reinforcements in the event of aggression by a third country, under Article 5 of the NATO Charter which obliges its members to come to the help from one of their own.