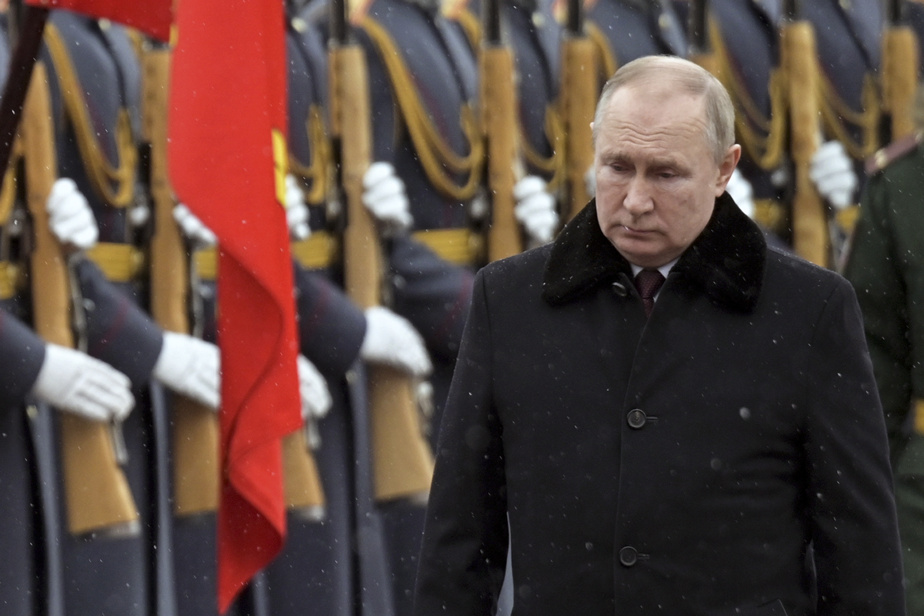 (Moscow) Russia on Wednesday promised a “strong” and “painful” response to the American sanctions announced by Washington after Moscow’s recognition of the separatist regions of Ukraine.

“There should be no doubt: there will be a strong response to the sanctions, not necessarily symmetrical, but well calculated and painful for the American side”, assured the Russian Ministry of Foreign Affairs in a press release.

The United States on Tuesday announced a “first tranche” of economic sanctions aimed at cutting off Russia’s access to Western funding, warning that additional measures were “on the table” in the event of a Russian “escalation” in Ukraine. .

The entire Russian banking sector could be targeted by sanctions, a US official has warned.

“Russia has proven that it is capable of minimizing the harm inflicted, regardless of the costs of the sanctions”, reacted Russian diplomacy in its press release, stressing that “the pressures of sanctions cannot influence the Russian will to firmly defend its interests.

If it denounces the “blackmail and intimidation” on the part of Washington, Russia always remains “open to diplomacy based on the principles of mutual respect, equality and taking into account mutual interests”, adds the press release. .

Sanctions have also been announced by the European Union, Japan, Australia, Canada, Germany and Britain.

In particular, Berlin froze the gigantic Nord Stream II gas pipeline project, which was to bring even more Russian gas to Germany.

These measures remain for the moment modest compared to those promised in the event of an invasion and Russia can boast of having accumulated nearly 640 billion dollars (812 billion Canadian dollars) in its foreign exchange reserves and 183 billion ( CAD 232 billion) in its sovereign wealth fund to deal with it.