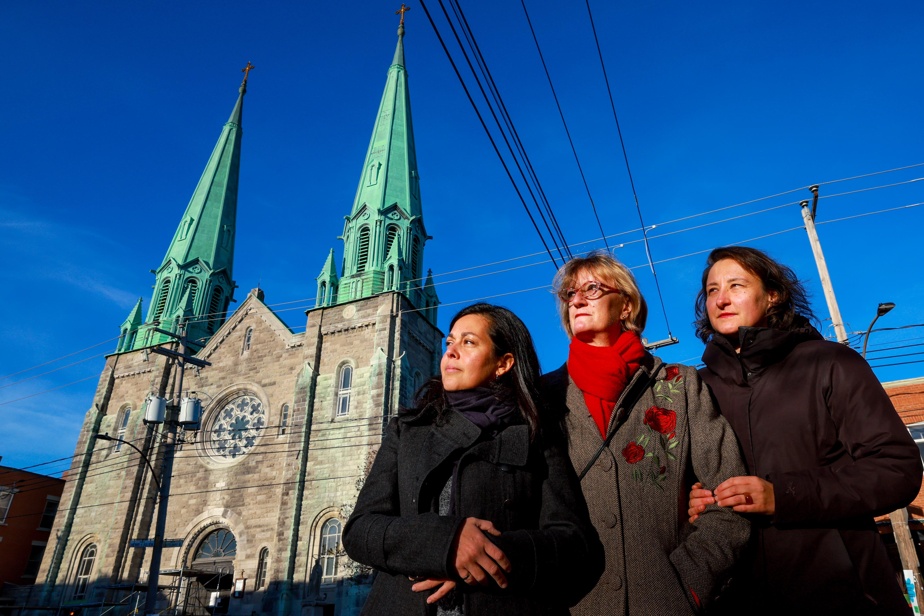 A group of Villeray citizens are sounding the alarm about the future of the Sainte-Cécile church, which seems uncertain, since the parish was almost dissolved and says it is “technically bankrupt”.

“We don’t have a penny left,” insisted Father André Simard, parish administrator, during a meeting with parishioners at the end of October, during which the parish council had planned to hold a vote on the dissolution of the parish.

In its presentation, the parish council proposed the closure of the parish as “the only logical, reasonable and realistic option”, since it faces bills of at least 3 million over the next 10 years for the repair of the church.

Faced with community outcry, however, the council agreed to postpone the vote.

Last Sunday, churchwardens sitting on the church board affirmed, during a new meeting, that a solution had been found to keep the parish alive for another year or two, without specifying what this solution was.

But the Sauvons Sainte-Cécile committee, made up of citizens from the area, intends to continue its mobilization to find how to ensure the long-term maintenance of the church and its preservation for the community, in order to prevent it from be sold to be transformed into condos.

“The church is a place of worship, but also a place of culture and community,” says Lydia Tetyczka, spokesperson for the citizens’ committee. “We cannot put that aside when we are in the process of closing a parish. »

Father Simard and the church council refused to answer questions from The Press.

Mme Tetyczka also deplored the “lack of transparency of the parish on the steps they are taking to try to save the church”. “They remain very opaque, very obscure, as we try to find out if we can work together,” she said.

During the meeting of November 6, the factory council indicated that it wanted to “collaborate with the organizers of this movement which is taking place”.

But the report presented at the October 23 meeting is not encouraging.

The facade of the church built in 1924, which overlooks rue de Castelnau, is surrounded by fences since it is not safe. Work to secure the facade had to be interrupted this fall for lack of funds, due to an additional bill of $86,000.

Just for the roof of the church, it will cost at least 1.5 million. The bell towers, whose bells no longer ring, require work worth $500,000.

Factory council of the parish of Sainte-Cécile

Several community and municipal organizations rent premises in the basement of the church (day camp, choir, center for seniors, etc.), bringing in $100,000 in revenue for the parish. But she still ended 2021 with a shortfall of $16,000.

The presbytery and the land behind the church are worth 3.6 million. The parish considered selling them to fund the repairs, but that would only be a temporary solution, the church board says.

Moreover, to do so would amount to “spending millions of dollars on a carriage that no longer drives”, according to the council.

Only about forty parishioners attend the church for Sunday mass.

“How many people will there be in our church in 10 years, after spending more than 3 million on old stones? asks the council.

The borough mayor of Villeray–Saint-Michel–Parc-Extension, Laurence Lavigne-Lalonde, said at the last borough council meeting that she wanted to “participate in the reflection on the place of this place in the life citizens of Villeray”, while specifying that the administration did not have the means to buy the building.

“There are fewer and fewer people who go to churches, but they are still important places in the heart of the community,” she said, adding that the zoning of the Sainte-Cécile church did not allow, currently for residential use.

The borough council awarded a contract worth nearly $70,000 to a firm to obtain an inventory and analysis of the religious heritage on its territory. “We know very well that Sainte-Cécile is not the only church in this situation,” said the borough mayor. We want to know the condition of religious buildings, their heritage value and their place in the community, so that we can think ahead and not be caught off guard as is currently the case. »