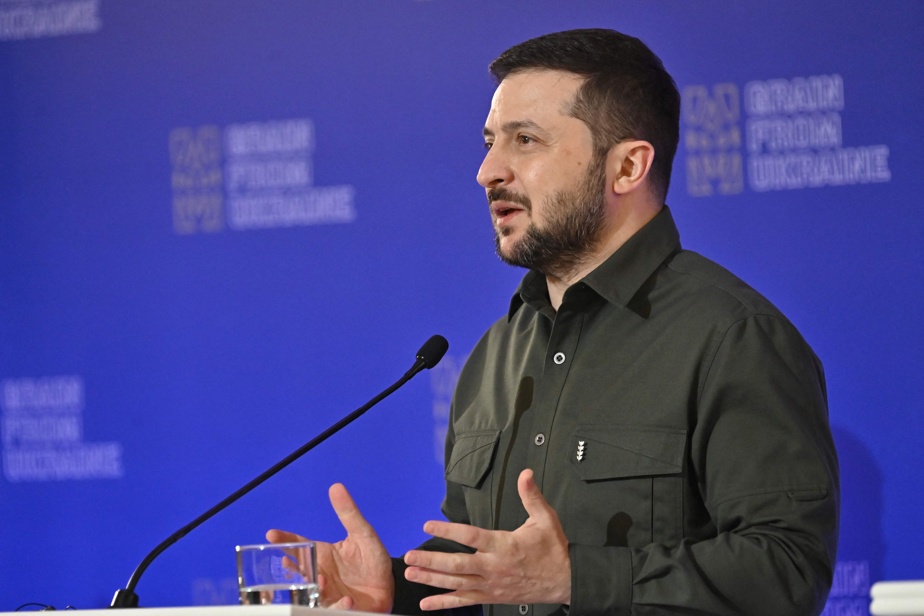 (Washington) Both warlords of a country under the bombs, both seeking the support of the United States… The arrival of Volodymyr Zelensky in Washington echoes the passage of Winston Churchill in the American capital in 1941.

“President Zelensky will stand here as Winston Churchill stood here generations ago, not just as a head of state but as an ambassador of freedom,” Democratic leader Chuck Schumer noted on Wednesday. in the Senate, before the speech of the Ukrainian president, scheduled for the evening at the Capitol.

House of Representatives boss Nancy Pelosi recalled her father was an MP when the British prime minister addressed Congress on December 26, 1941.

“It is particularly moving for me to be present as another heroic leader addresses Congress,” the influential Democrat said in a statement.

Comparison is not reason and the parallel of course has its limits, in form and substance.

The British Prime Minister lingered for three weeks between late December 1941 and early January 2022, at the invitation of Franklin D. Roosevelt.

Historians relate that this long stay had worn on the nerves of the first lady Eleanor Roosevelt, who had little taste for the long nocturnal conversations of the two men, in the swirls of cigars and the vapors of alcohol.

The staff of the White House, somewhat surprised, had complied with the demands of this guest wandering sometimes in pajamas and silk bathrobe: sherry before breakfast, French champagne at lunch, old brandy at bedtime.

Such eccentricities are unthinkable in 2022, in a world where transport is infinitely faster, while diplomatic exchanges are much more polished and above all subject to incomparably stricter security conditions.

The Ukrainian president, who will only spend a few hours in Washington, will therefore be content with a fireside interview in the Oval Office, before a joint press conference with Joe Biden, then a long-awaited speech in Congress.

Winston Churchill ventured to cross the ocean despite the threat of German submarines, while the journey of the Ukrainian head of state, by plane, was prepared in the greatest secrecy and announced at the last minute.

On Capitol Hill, Volodymyr Zelensky could no doubt endorse this observation by Winston Churchill, shortly after the attack on the American base at Pearl Harbor.

“We are facing enormous powers. They are relentless, they are unscrupulous,” the Prime Minister told American parliamentarians, referring to Nazi Germany and its allies, first and foremost Japan.

“And here we are together, defending everything that is dear to the hearts of free men”, also declared this formidable speaker.

Here too, the comparison stops.

Upon arriving in the United States, Winston Churchill had found a country shaken by the Japanese attack on its own soil, and effectively embroiled in an international conflict.

Not so for Volodymyr Zelensky. He will meet a Joe Biden determined to support him. But the American president made it clear that he would certainly not send troops to Ukraine, or even planes or long-range missiles.

If the 80-year-old Democrat wants to be compared to Roosevelt for his ambitious economic reforms, he does not want, and has said so several times, to be drawn into a “Third World War”.