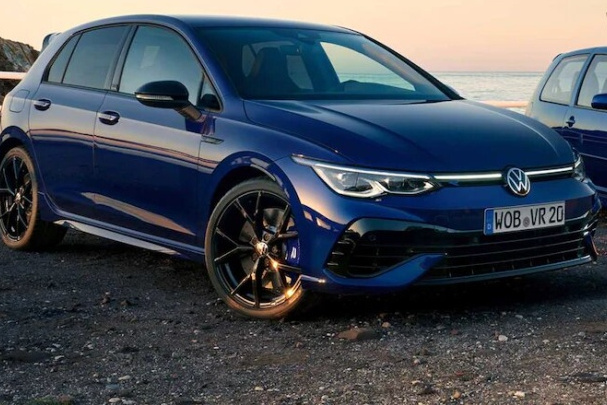 For many golf enthusiasts, the R32 is considered the Holy Grail. This all-wheel-drive livery equipped with a 3.2L V6 VR6 with a bewitching song has never been offered in Canada, which hasn’t stopped it from making an impression here. To mark the 20e anniversary of the one that paved the way for the sporty R line of the compact hatchback, the German manufacturer has unveiled a special edition reserved for Europe that will come here in a different form.

To mark the occasion, this Golf R 20 Years has seen its mechanics reworked to extract 328 hp, a gain of 13 hp. It is neither more nor less than the most powerful Golf ever offered by the German brand.

To accompany this greater verve, this four-cylinder 2 L EA888 sees its mapping reworked to set its turbocharger in rhythm as soon as you touch the accelerator, which reduces its response time. The engine also climbs to 2500 rpm on start-up to emit a growl, to the delight of the neighborhood. It is coupled only to a dual-clutch transmission (7 speeds), the only one offered on the Old Continent. Aesthetic details distinguish this version, including the “20” logos placed on the central pillars and the use of carbon fiber moldings in the passenger compartment.

But, will it come here, this Golf R 20 Years? Volkswagen Canada Public Relations Manager Thomas Tetzlaff confirmed to us that a special edition was in the works for our market. However, he did not advance anything on his characteristics. It would not be surprising if the dose of additional horsepower were added to the recipe to set it apart from the standard Golf R.

We’ll have more details on this commemorative variant in the coming months.