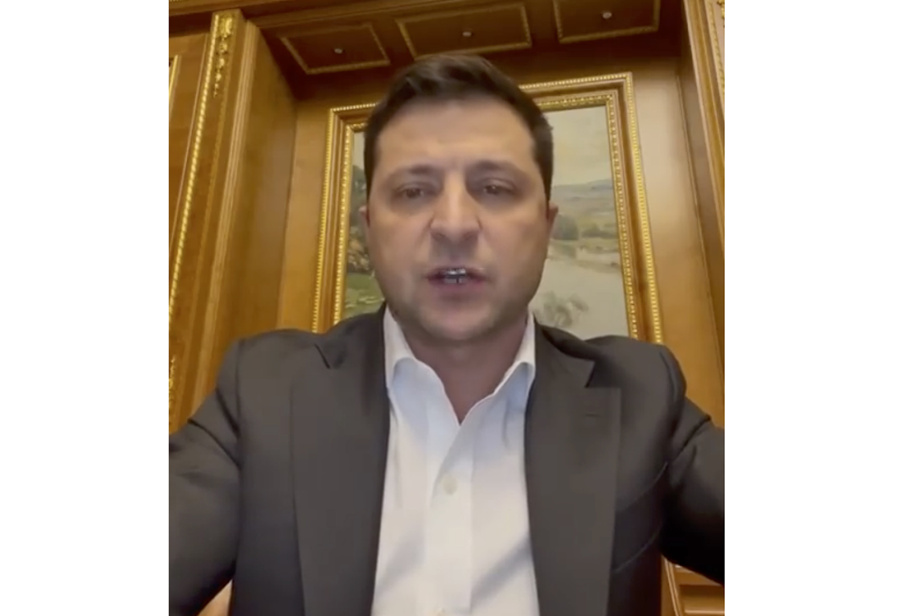 (Kiev) The Ukrainian president on Thursday called on his fellow citizens to “not panic” in the face of the Russian offensive which is hitting their country, promising them victory, also announcing the introduction of martial law.

“Don’t panic, we are ready for anything, we will win,” Volodymyr Zelensky said in a video message on Facebook, adding that Russia had carried out strikes against military infrastructure and border guards.

The Ukrainian army said on Thursday that it shot down five planes and a Russian army helicopter in the east of the country, which launched a military operation against Ukraine in the morning.

“Five planes and one helicopter of the aggressor were shot down,” the Ukrainian army general staff said in a statement.

The ongoing Russian operation in several cities in Ukraine aims to “destroy the Ukrainian state, seize its territory by force and establish an occupation,” the Ukrainian Foreign Ministry said in a statement.

The world must create “an anti-Putin coalition” to “force Russia to peace”, Ukrainian President Volodymyr Zelensky, whose country is the target of a military operation by Moscow, declared Thursday.

“We are in the process of building an anti-Putin coalition,” said Mr. Zelensky after talks with American, British and German leaders in particular. “The world must compel Russia to peace,” he added.

Kyiv also called on the international community to “act immediately” and impose new sanctions against Russia as soon as possible.

“Only united and strong actions can stop the aggression of Ukraine by Vladimir Putin”, adds this text.

The Russian army said on Thursday it was targeting military sites in Ukraine with “high precision weapons”, hours after Vladimir Putin announced a military offensive to defend separatists in the east of the country, and “demilitarize and denazify”. its pro-Western neighbour.