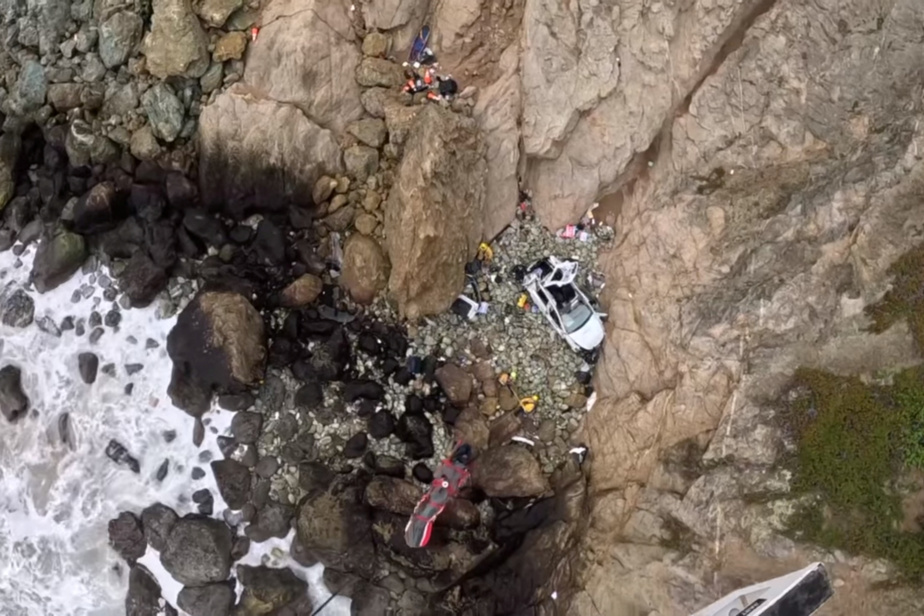 (Los Angeles) A ​​driver, suspected of deliberately jumping off a cliff with his family on board, has been arrested after the family miraculously survived a fall of about 75 meters in northern California, a police announced on Wednesday.

Dharmesh Arvind Patel, 41, was driving his vehicle with his wife and two children on Monday near San Francisco, on a section of the famous “Highway 1” which borders the ocean, when his car left the road and tumbled down the cliff.

Despite a spectacular fall which heavily damaged the vehicle, a Tesla, the four members of the family survived and were evacuated by helicopter to the hospital, by rescuers forced to intervene by abseiling.

Mr. Patel was then arrested at Stanford Hospital, the California Highway Patrol told AFP on Wednesday. The driver, who works as a doctor in a hospital near Los Angeles, must be remanded in custody as soon as the doctors have validated his release from the establishment.

According to the first elements, “the investigators have probable reasons to believe that this incident was an intentional act”, explained the highway police in a press release.

This section of Highway 1 is notorious for many accidents and it is extremely rare for victims to survive, authorities said.

Rescuers at the scene on Monday initially expected to find bodies there, but they noticed movement through the car’s shattered windshield and launched a rescue operation that involved several helicopters.

“We were truly stunned when we found surviving victims in the vehicle,” said Brian Pottenger, commander of the California Department of Forestry and Fire Protection.

The two children in the family, a 7-year-old girl and a 4-year-old boy, suffered “moderate injuries”, he added.

The investigation has yet to determine if the Tesla was in autopilot mode when it veered off the road, but “it does not appear to be a material factor in this incident,” according to the police statement.