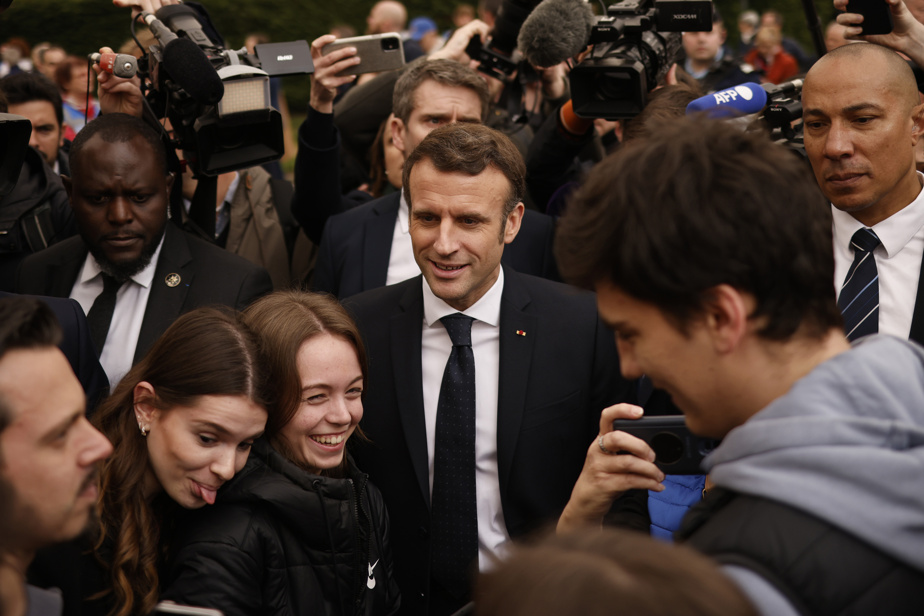 (Paris) Emmanuel Macron takes five points in one month to 29.5% of the voting intentions in the first round of the presidential election, ahead of the far-right candidate Marine Le Pen at 19.5% who gains +1.5 points, according to an Odoxa survey for The Obs released on Tuesday.

Third place is disputed by the LFI candidate Jean-Luc Mélenchon, given at 11.5% (+0.5 point), the other far-right candidate Éric Zemmour, who loses three points and finds himself tied (11 %) with candidate LR Valérie Pécresse (-1 point), according to this study.

The president now a candidate, very monopolized on the diplomatic level by the war in Ukraine, is always a winner in the second round against Marine Le Pen, 58% against 42%.

Also on the left, the ecologist Yannick Jadot is given at 4.5%, the communist Fabien Roussel at 3.5% and the socialist Anne Hidalgo at 1.5%.

Mme Hidalgo is preceded by Jean Lassalle (3%), the sovereignist Nicolas Dupont-Aignan and the NPA Philippe Poutou (2% each).

Respondents also consider that the war in Ukraine has tended to improve their opinion of Emmanuel Macron (+9 points in the evolution index), but to deteriorate that of Mr. Zemmour (-35 points), Mr. Mélenchon (-27 points), and Mmy Pécresse and Le Pen (-17 points).

The survey was conducted from March 9 to 11 with a representative sample of 2010 French people aged 18 and over, including 1,799 registered on the electoral lists, according to the quota method.

The study’s voting intentions are based on registered people planning to vote and having expressed an intention to vote, ie 1,461 individuals in the first round and 1,283 in the second round. The margin of error is between 1.4 and 3.1 points.

Voting intentions do not constitute a forecast of the outcome of the vote. They give an indication of the balance of power and dynamics on the day of the survey.