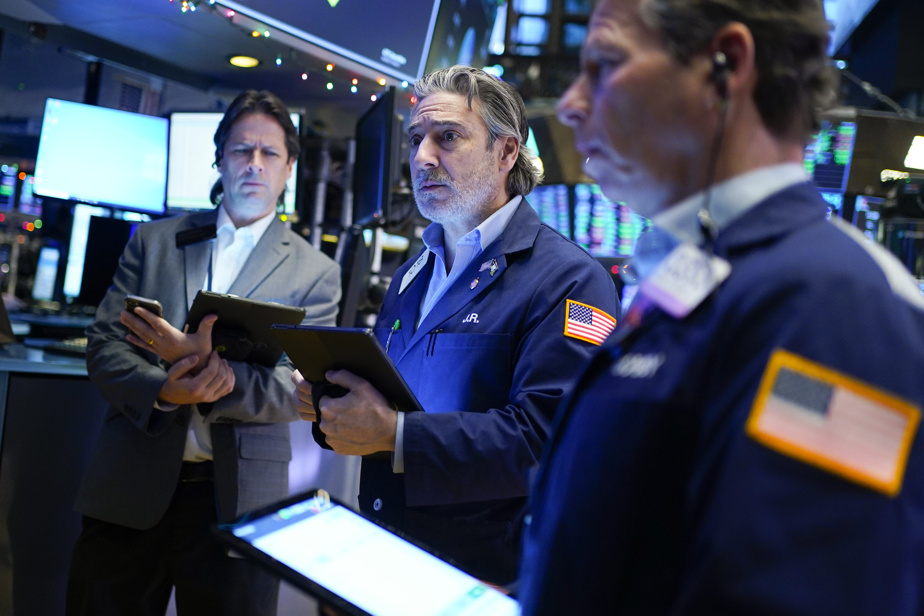 (New York) The New York Stock Exchange concluded with a small drop on Friday the worst year since 2008 for the stock market.

“The last session confirms what we had all year: a horrible stock market,” summed up Peter Cardillo of Spartan Capital Securities.

“And as we head into the new year, the chances of a rebound in the first quarter are probably very limited,” he added as bond yields climbed further.

The year 2022 turns out to be the worst year for the stock market since the financial and real estate crisis of 2008, with the market’s fall having been caused mainly by inflation and interest rate hikes by the American central bank (Fed) for combat it, not to mention the war in Ukraine which has increased energy costs.

“The year has clearly been difficult for investors. 2022 started with a Fed that changed its attitude and with the war in Ukraine,” summed up Art Hogan of B. Riley Wealth Management.

“Along the way, we’ve had the highest inflation in four decades, double-digit losses in stocks and bonds, rapidly rising interest rates, continued lockdowns for the world’s second-largest economy and a slowdown in the real estate market,” the analyst listed.

He tried to remain optimistic for the year 2023 assuring that “historically”, it is “rare to have two consecutive years of decline in the markets”.

Friday trading volumes were very low and the agenda of economic indicators was almost empty.

The activity index for the very industrial area of ​​Chicago (PMI) came out a little better than expected at 44.9 (+7.7 points), but remained in the contraction zone in December, which n did not improve the mood of the few traders in the market.

Next week will be short with markets closing Monday to observe New Year’s Day, but there will be minutes from the last Fed meeting on Wednesday and especially jobs numbers for December on Friday.

On the odds, the action of the airline Southwest recovered its head (+0.87% to 33.67 dollars). After a disastrous Christmas week with more than 15,000 flights canceled in eight days, it promised its operations were gradually returning to normal.

However, the company’s management warned Thursday, according to CNBC, that this episode would “certainly” affect its fourth quarter results.

But over the year, these popular stocks fell sharply. Tesla is worth 65% less than at the start of the year, Meta, Facebook’s parent company, 64% less. Alphabet, which oversees Google, fell by 38.6% and Apple by 26.8%.

Among the year’s winners were the oil company Chevron, Merck Laboratories and the insurance company Travelers.

Canada’s main stock index slid just over 100 points on the last day of trading of 2022 on Friday, with mixed results across sectors, while U.S. markets fell only slightly after reversing lows from early afternoon.

The S&P 500 closed 2022 with its worst performance since 2008, down 19.4%, although it did not experience losses of the magnitude seen during the crisis at the time, Ian Chong pointed out. Associate Portfolio Manager for First Avenue Investment Counsel.

The other major indices were also down on the year, with the Dow Jones down 8.8% and the NASDAQ down 33.1%, while the TSX was down 8.72%, buoyed by a strong year for energy stocks.

“It’s been a rough year all around,” Chong observed. December is supposed to be a really good month, if you look at historical performance, and we just don’t have that. »

Investors are focused on what is expected to be a tough first half of the new year, Chong said.

“The shift has moved from fears of inflation to fears of recession,” he said.

Chong said he believed a mild recession in the first half of the year was the most likely scenario.

In the currency market, the Canadian dollar traded at an average rate of 73.83 cents US, up from 73.76 cents US on Thursday.

Markets in 2022 have been “hyper-focused” on economic data releases such as inflation, employment and GDP, looking for clues about central bank rate hike decisions, Mr. Chong. While that may still be the case in early 2023, the next round of earnings will help shift investors’ focus, he said.

“I think this change will be refocused on corporate earnings soon enough when they start to see these year-over-year declines. And then they’ll really start to focus on profit margins and growth at the company level and then figure out what the appropriate valuation will be,” he said.

“I think the (Federal Reserve) meeting in early February is going to be very revealing. »

Oil prices rose on Friday, likely on renewed demand optimism as the effects of China’s relaxation of COVID-19 rules begin to be felt, Chong said.