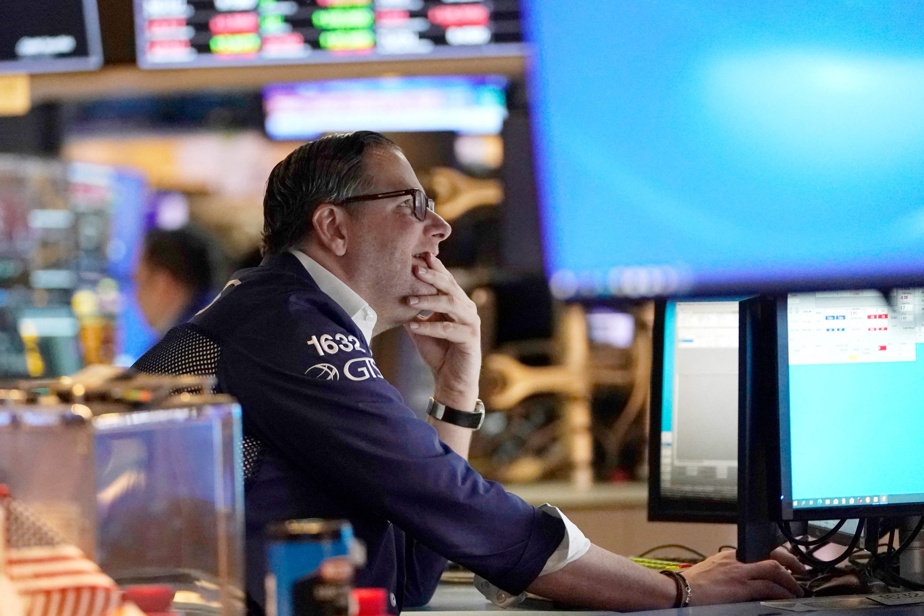 (New York) The New York Stock Exchange ended a choppy session down sharply, sending the broader S&P 500 index, the most representative of the American market, into correction zone, as tensions escalate in Ukraine.

“US stocks ended lower, with the S&P 500 venturing further into correction territory for the first time since mid-2020 as markets fret over events in Ukraine,” Schwab analysts summed up.

The session had started in the green, trying to rebound, but the indices slipped inexorably into the red at midday over new developments in the Russian-Ukrainian conflict.

The situation has become tense in Ukraine, after the revelation of a “massive” cyberattack affecting official sites, such as that of Foreign Affairs, or banks.

At the same time, the Ukrainian armed forces announced the death of a soldier in a shelling by pro-Russian separatists on the front line in eastern Ukraine.

A summit of the leaders of the 27 EU countries was convened for Thursday evening in Brussels, after Moscow’s recognition of the separatist regions.

US President Joe Biden also announced sanctions against the company responsible for operating the Nord Stream 2 gas pipeline, linking Russia to Germany, a new measure to counter Vladimir Putin’s maneuvers around Ukraine, after the sanctions announced on Tuesday.

“Equities will struggle to find direction until financial markets have a clear answer as to whether the Russia-Ukraine crisis will result in a diplomatic solution or a regional war,” commented Edward Moya, chief analyst for Oanda. .

The decline was general.

Tesla fell 7% to $764.04 and tumbled 17% over the past four sessions as geopolitical tensions push risk assets away.

Among other actions of the day, that of the cybersecurity firm Palo Alto Networks, first hailed at the start of the session, kept its head above water (+0.44% to 477.61 dollars) after having posted sales up 30% and raised its full-year profit and revenue guidance amid strong cybersecurity demand.

The TJX Group, owner of the Marshalls store chains, plunged 4.21%. The store traffic affected in the last quarter by the spread of the Omicron variant led the group to produce worse than expected results.

In the absence of macroeconomic indicators Wednesday, investors remained concerned about the intentions of the US Central Bank (Fed) to raise rates in three weeks.

Yields on 2-year Treasury bills, very sensitive to the prospect of a rise in short-term rates, rose to 1.59% from 1.54%.

“This reflects concerns that a rate hike could lead to slower economic growth,” said Patrick O’Hare of Briefing.com.