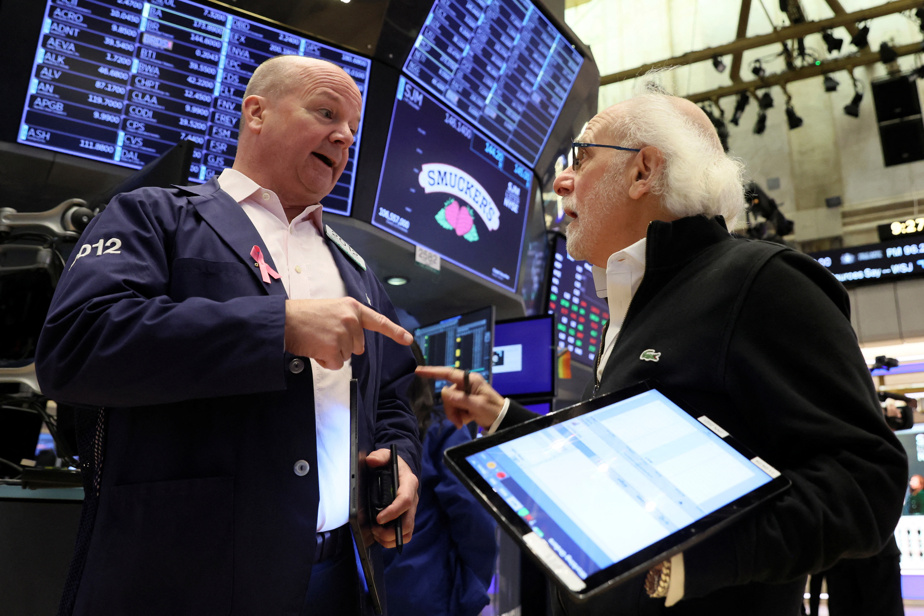 (New York and Toronto) The New York Stock Exchange closed in the green on Wednesday after the Fed hinted that a slowdown in rate hikes could be coming soon.

The strength of the technology sector on Wednesday allowed the Toronto Stock Exchange to offset the losses of securities of the energy group and close higher.

In the currency market, the Canadian dollar traded at an average rate of 74.67 cents US, up from 74.65 cents US on Tuesday.

A majority of members of the U.S. Federal Reserve (Fed) Monetary Committee believe that a slowdown in rate hikes will be “soon appropriate”, according to the minutes of the Fed’s last meeting held on 1er and November 2, published Wednesday.

In early November, the Fed raised overnight interest rates for the fourth time in a row by three-quarters of a percentage point (0.75%) to between 3.75% and 4%.

However, FOMC members remain determined to continue the work. “They continue to expect rate hikes to continue until a zone is reached that is tight enough to tame inflation,” the minutes add.

As for the final level of overnight rates, it remains “very uncertain”, but some members of the Fed acknowledge that they now estimate it “higher than they previously thought”.

In conclusion, the markets remain largely convinced after these minutes of the previous meeting that the next rate hike on December 14 will be 50 basis points.

“Fed members believe the final rate will be higher and there are a good number of them who agree to slow the pace of increases,” summarized the analyst who now sees an increase in half a percentage point in December and a quarter point in January.

“It’s already priced into the market, so it’s stayed up, but it has to be said that trading was very weak due to Thanksgiving,” Cardillo added.

“The minutes highlight the uncertainty about how long it will take for monetary policy to have an impact on the economy,” said Ryan Sweet of Oxford Economics.

Multiple indicators painted a mixed picture for the economy. Durable goods orders were solid (+1% in October), mainly driven by the transport sector.

On the jobs front, weekly jobless claims accelerated more than expected last week, to 240,000, their highest level since August, showing that the labor market is cooling, as the Fed wants to slow down inflation.

Consumer confidence fell in November, however, to a lesser extent than analysts expected, according to the final estimate from the University of Michigan.

The real estate market, for its part, came as a good surprise, posting an unexpected 7.5% increase in October in new home sales.

Finally, the Markit index of manufacturing activity for November in the United States came in much weaker than expected, at 47.6, a contraction.

On the odds, the American manufacturer of personal computers and printers HP was hailed (+ 1.80%) after announcing the day before that it was going to lay off between 4,000 and 6,000 employees by 2025.

Manchester United’s rating soared 25.84% to $18.80 as the Glazer family, owners of the Wall Street-listed English football club, unveiled plans to sell it on Tuesday evening.

The New York Stock Exchange will be closed on Thursday and will hold a shortened session on Friday to celebrate Thanksgiving.