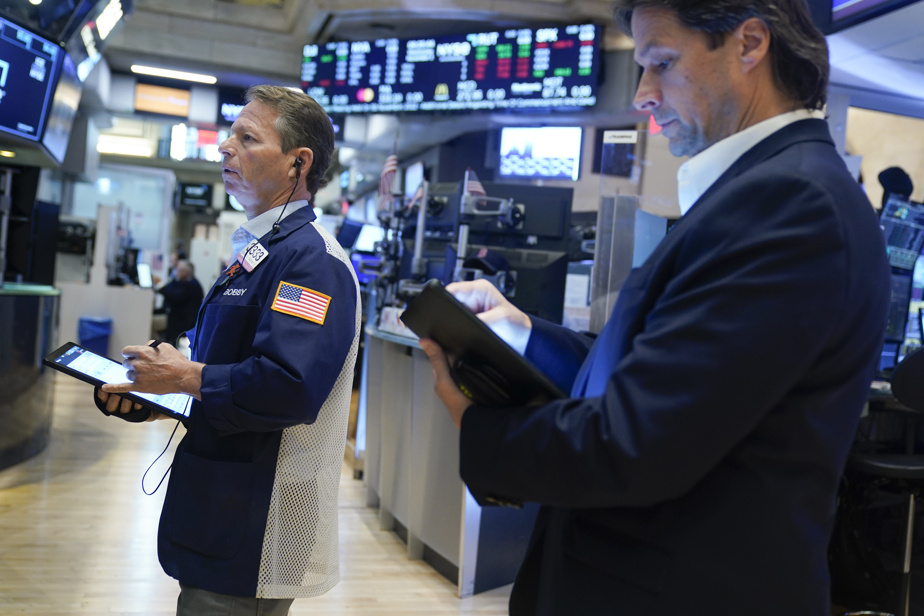 (New York) The New York Stock Exchange closed higher on Friday after a hesitant session, after the release of employment figures showing a US economy still solid, but starting to react to monetary tightening. of the US central bank (Fed).

On Friday, the government announced that the unemployment rate rose slightly in October in the United States. It was above forecasts at 3.7%, while 261,000 jobs were created, a slightly slower pace, but still sustained.

Above all, the increase in average hourly compensation slowed down over one year to 4.7% instead of 5% in September, which reassured the markets about the risk that wages could feed an inflationary spiral.

“In terms of what the market appreciates, the unemployment rate has increased and wage growth has decelerated,” summarized Patrick O’Hare of Briefing.com.

“Of course, objectively, this is not a good thing, but these key elements are in line with what the Fed wants” to lower inflation, explained the analyst.

After an enthusiastic surge in the morning, the indices hit a wall and even fell back into the red before returning to positive territory.

Because ultimately the job market does not seem to show too many signs of weakness. Hiring remains stronger than expected.

Some think, like Patrick O’Hare, that this could consolidate “a soft landing scenario” that the Fed is still aiming for: slowing inflation without damaging the economy and the labor market too much.

Others, like Adam Sarhan of 50 Park Investment, believe that the market “must face reality and that the Fed still has a long way to go (of rate hikes) before getting inflation under control”.

“The jobs report showed that the economy remained very, very strong. We are still close to full employment and inflation cannot go down if everyone who wants a job finds one, ”said the manager, interviewed by AFP.

The scissor movements of the indices during the session are explained, according to him, by the fact that the Dow Jones like the S&P 500 exceeded their moving averages respectively of 200 days and 50 days before falling again. “Markets always react to a combination of fundamental and technical factors,” he noted.

The drive of investors was also carried “by the rumors evoking a lifting of the zero tolerance policy vis-à-vis the COVID-19 on the part of China”, also underlined Patrick O’Hare.

US bond yields fluctuated during the session, with ten-year ones ending at 4.15% versus 4.12% the previous day.

The president of the regional office of the Boston Fed Susan Collins cooled the most optimistic by indicating in a speech that a new increase of 75 basis points in December was still on the table.

On the side, Starbucks climbed 8.48% after announcing a turnover up sharply over one year.

The DoorDash meal delivery company also soared 8.32% following the announcement of quarterly results on the rise, in terms of sales and order volume.

While Twitter disappeared from the rating after its acquisition by Elon Musk, the boss of Tesla, the title of the manufacturer of electric vehicles dropped 3.64% to 207.47 dollars. Under new ownership, Twitter has announced it will lay off half of its staff globally as its workforce swells to 7,500 employees.

The online car sales company Carvana drank the cup (-38.95% to 8.76 dollars) after an unexpected drop in sales.

The Toronto Stock Exchange also in the green

The Toronto Stock Exchange closed Friday up more than 200 points, boosted by better-than-expected labor market data as well as solid gains in the financials and base metals sectors.

In the currency market, the Canadian dollar traded at an average rate of 73.98 cents US, up from 72.73 cents US on Thursday.