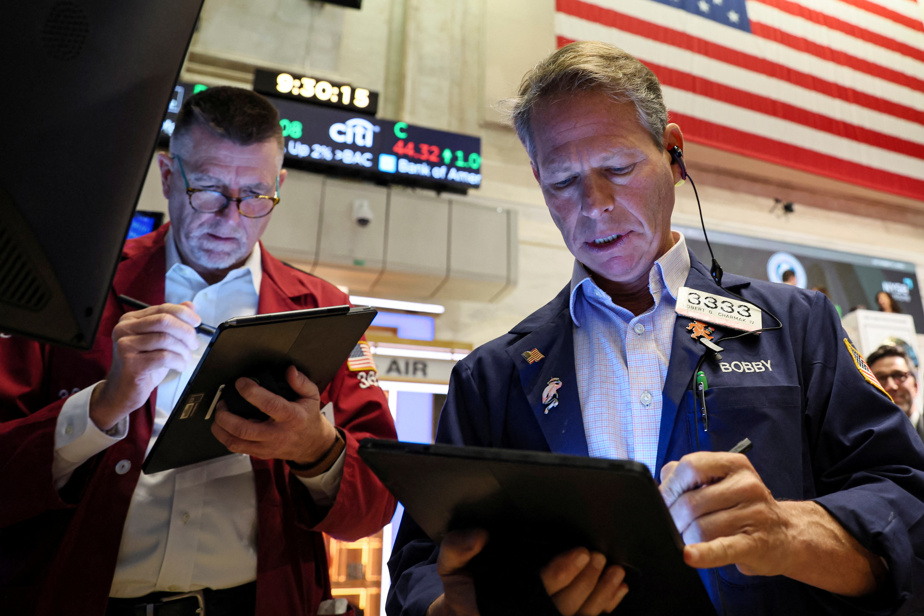 (New York) The New York Stock Exchange, which had started hesitantly on Tuesday, closed higher at the start of a busy session in corporate results.

Monday, Wall Street had finished in the green, with the hope of a possible deceleration of the rate hikes of the American central bank (Fed) at the end of the year.

“There are some imperfections in terms of earnings,” noted Patrick O’Hare as a host of corporate results were announced ranging from General Motors (+1.96%) which saw its quarterly sales increase (+ 24%) to Coca-Cola (+0.96%) which increases its prices without weakening demand.

The American car manufacturer (GM) thus maintained its forecast for the whole year despite a “difficult” environment, insofar as demand for its vehicles remains “solid”.

The soda group meanwhile also benefited from sustained demand for its drinks and raised its forecast for the full year after beating expectations in the third quarter despite the rise in the dollar.

General Electric (GE) on the other hand, the American conglomerate, active in the sectors of aviation, health and energy dropped 1.78% after posting a loss in the third quarter and revised downwards its annual forecasts of earnings, suffering from supply chain disruptions and inflation.

The diversified group 3M (-0.63%) posted higher earnings per share in the third quarter of 2021, but its sales have fallen and its forecast for annual revenue is in decline.

UPS, the freight transport group, posted a sharp rise in its stock (+3.77%) after maintaining its main financial objectives thanks to a rise in its prices even if traffic was down.

Raytheon fell 1.73% as the US aerospace and defense company was supported in the third quarter by the recovery in air traffic, which notably fueled demand for maintenance services, but suffered from problems of supplies which continue to hamper its activity.

Among the indicators, US consumer confidence in October sank more than expected to 102.5 points from 107.8 points, according to the Conference Board.

After the close, investors were expecting big chunks with results from Alphabet (Google, +1.19%) and Microsoft (+0.78%) setting the tone of business for the tech sector.

On the bond market, rates on ten-year Treasury bills fell sharply to 4.07% against 4.24% the day before. The dollar retreated against the euro and the pound sterling boosted by the inauguration of the new British Prime Minister Rishi Sunak.