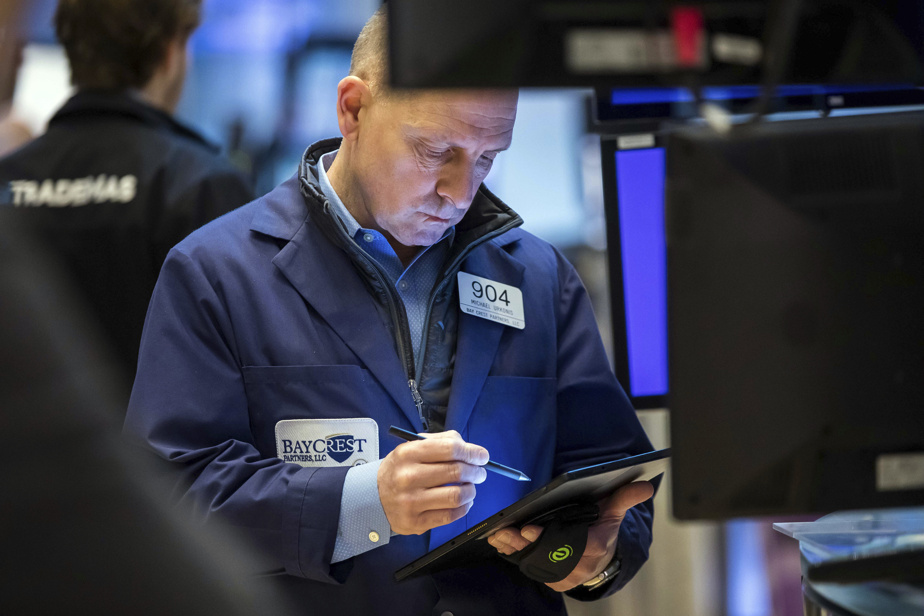 (New York) The New York Stock Exchange ended higher on Thursday, continuing its momentum despite the rise in rates by the American Central Bank (Fed), in a market confident in the health of the American economy.

After a fourth consecutive session of gains, the Dow Jones returned to its level of a month ago, as did the S&P 500, which was before the start of the invasion of Ukraine.

Starting in the red, on profit-taking and concerns about the statements of the United States and Russia on Ukraine, the indices gradually recovered over the course of the session, before ending resolutely in the green.

“The Fed has probably been a little more aggressive than expected, but not enough to deflect the markets from their trajectory,” said Ross Mayfield, an analyst at Baird.

In addition to raising its rate by a quarter point, the Fed also signaled that an overwhelming majority of its members were expecting seven hikes in 2022, which surprised economists.

For Juan Manuel Herrera of Scotiabank, Fed Chairman Jerome Powell’s optimistic remarks on the American economy “pleased the markets, in particular the equity markets, but also other currencies against the dollar, in a more favorable atmosphere at risk “.

“The American economy is very solid,” added Ross Mayfield. Even taking into account the uncertainty over Ukraine and the surge in commodity prices, “with six or seven increases, you are still relatively accommodating” on the monetary level, according to him.

Even after this expected series of increases, “real interest rates will always be negative,” added Lloyd Blankfein, who headed Goldman Sachs from 2006 to 2018 and is still senior chairman, in a tweet.

A key rate of between 1.75% and 2%, as expected at the end of 2022, would therefore still be well below the current level of inflation.

“The Fed’s monetary policy is pushing equity markets less in the back, but that’s not a headwind,” he argued.

The VIX index, which measures market volatility, fell to its lowest level in a month, a sign of market easing, even if nothing is resolved in Ukraine, where the fighting continues.

Taking advantage of this prolonged thinning, the companies most mistreated on Wall Street in recent months have put their noses outside.

The online gaming platform Roblox, which had lost three quarters of its value since its peak at the end of November, thus gained 11.66%, to 46.35 dollars.

Oil companies have benefited from the rebound in black gold prices. Occidental Petroleum (+9.47%) and Marathon Oil (+6.86%) were at the party, as was ConocoPhillips (+4.23%).

After a crazy day on Wednesday, which saw some stocks gain more than 20% after comments from Chinese authorities in favor of listing outside China, Chinese companies on Wall Street were hungover.

Ralph Lauren benefited (+4.58% to 119.22 dollars) from a note from JPMorgan which predicts that the clothing brand will be among the winners of the gradual return of employees to the office, at the end of the pandemic.

The Toronto Stock Exchange closed at a record high on Thursday as investors welcomed the U.S. Federal Reserve’s outlook for interest rates and commodity prices rallied.

In the currency market, the Canadian dollar traded at an average rate of 79.05 US cents, up from 78.61 US cents the day before.