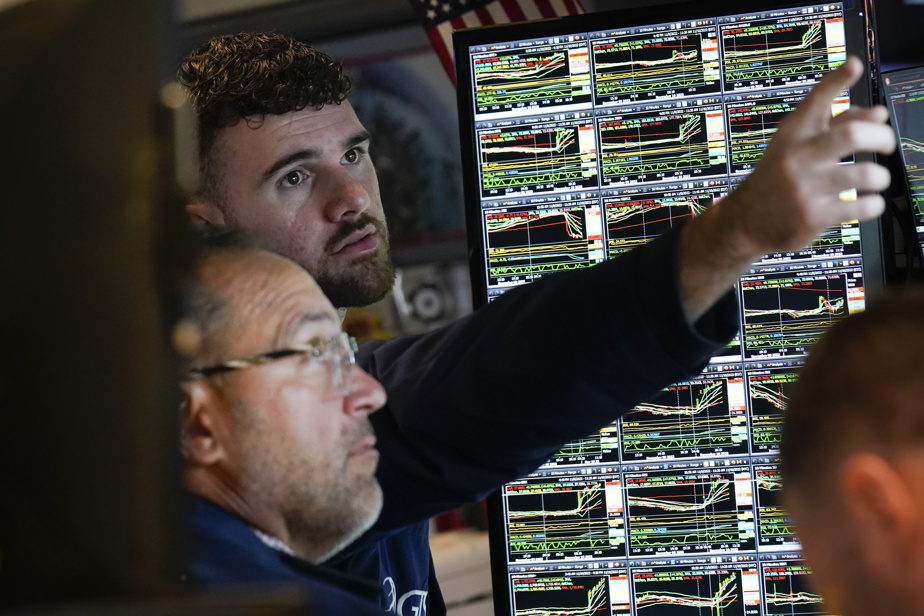 (New York) The New York Stock Exchange ended sharply lower on Thursday amid growing concern over the path of the U.S. economy in 2023, with companies on the defensive and fears of further monetary tightening.

Wall Street did not welcome, before the opening, the upward revision of the estimate of American growth for the third quarter, to 3.2% at an annualized rate against 2.9% so far, while economists expected a status quo.

“The economy continues to grow and households to spend,” reacted Rubeela Farooqi, of High Frequency Economics. Although it expects a slowdown in 2023, “the priority on fighting inflation means that rates will stay higher, longer, next year”.

In addition, new weekly jobless claims came in below expectations, a sign that the job market remains strong.

These two better-than-expected indicators “reinforce, in the minds of investors, the possibility that the Federal Reserve will be more aggressive” on the monetary front next year and continue to raise its rates, according to Tom Cahill of Ventura Wealth Management.

However, rates changed very little on Thursday, confirming the recent trend of a stabilized bond market, after a turbulent year 2022.

For Adam Sarhan, of 50 Park Investments, the last days of 2022 are an opportunity to liquidate positions and realize losses, which tends to favor the market downturn. A movement which is accentuated by the low volumes of exchanges due to the absence of many operators, already on leave.

Another negative element, “the results publications have disappointed”, noted the analysts of Schwab, in a note.

Among them are the used car sales network CarMax (-3.66% to 57.20 dollars), which faces a deceleration in the sector and missed the target set by analysts.

The semiconductor manufacturer Micron (-3.44% to 49.43 dollars) also announced Wednesday results below expectations, with sales down 38% and a net loss.

The group is suffering from a slowdown in demand for microchips, particularly for smartphones, and plans to cut its workforce by around 10% in 2023.

After a first salvo in the technology sector since the summer, cost-cutting measures are multiplying across the landscape of listed companies.

The coming months “will be difficult for companies”, warns Tom Cahill, with a deterioration in the economic situation against a background of still high inflation, which could affect the results and margins of companies.

In tune, Tesla resumed its slide (-8.88% to 125.35 dollars). The electric vehicle maker’s stock fell Thursday to its lowest level since September 2020.

Deutsche Bank analysts on Thursday lowered their estimates for Tesla’s results for the current quarter and foresee a difficult environment in the short term, linked in particular to the decline in demand.

They also see as a negative element the “noise linked to the recent acquisition of Twitter” by Elon Musk.

The chain of cinemas AMC (-7.36% to 4.91 dollars) tumbled after unveiling, Thursday before trading, a capital increase of 110 million dollars fully subscribed by the investment company Antara Capital. The latter also agreed to convert into shares 100 million dollars of AMC debt securities that it already held.

Airlines have suffered from the arrival of a winter storm that was expected to affect most of the United States, particularly the central north, in the midst of major travel for the holidays.

Hundreds of flights have already been canceled Thursday, in particular from or to the two airports of Chicago (Illinois) and that of Denver (Colorado), according to the specialized site FlightAware.