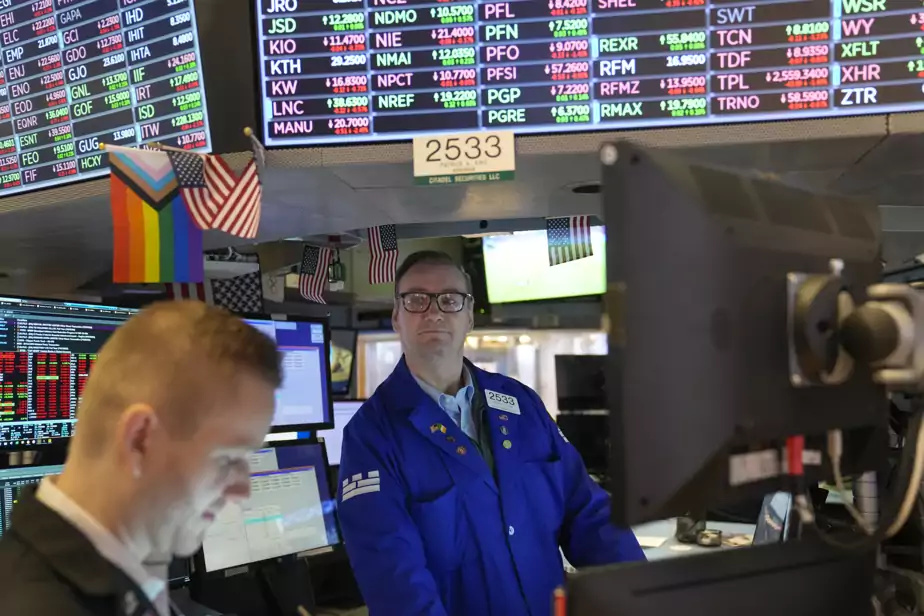 (New York) The New York Stock Exchange ended at half mast on Wednesday after a hesitant session where rates rose in a sparse market before the end of a very gloomy 2022 for the stock markets.

The fall in shares which accelerated at the end of the session took place “in a context of very light exchanges for this dismal end of the year”, summed up the analysts at Schwab.

Yields on 10-year Treasury bills rose a little to 3.87% from 3.84% the day before, which often comes at the expense of share prices.

“We are in a bear market and the big lesson of 2022 is that we had to respect the risks,” commented Adam Sarhan of 50 Park Investment.

“We are facing several macroeconomic problems (inflation, the war in Ukraine, Fed rate hikes) that have weighed on equities and these problems have yet to be resolved,” added the specialist. “But the good news is that this significant reduction in stock market valuations can open the door to the next bull market,” he said.

The 50 Park Investment analyst points out, however, that historically, during the last major stock market depressions in 2000-2002 with the bursting of the internet bubble and in 2008-2009 with that of the real estate bubble, the bottom had not been touched than in March.

“We have not yet seen the capitulation of Wall Street, this movement of forced sales. We have seen it in the crypto sector, but not yet on the stock market, ”warned the analyst.

Among the good news, however, the reopening of China, with the lifting of health restrictions, could revive demand. But, in all markets, from commodities to equities to currencies, investors remain cautious about the pace of business development in China.

Given the spread of COVID-19 in the country, Beijing’s early abandonment of the “zero COVID-19” policy has raised concerns among foreign countries. Italy has just announced the imposition of tests on travelers coming from China. The United States is considering restrictions.

The action of the electric vehicle manufacturer led by Elon Musk shows one of the worst performances of the year within the S&P 500, after the electrical equipment company Generac (-74% since the beginning of the year) and the Match Group dating app (-70%).

The situation has hardly improved for the airline Southwest Airlines, which experienced a catastrophic long Christmas weekend, forced to cancel thousands of flights daily for five days, while a blizzard of historic magnitude s fell over much of the United States. The action still dropped 5.16% to 32.19 dollars after plunging almost 6% the day before.