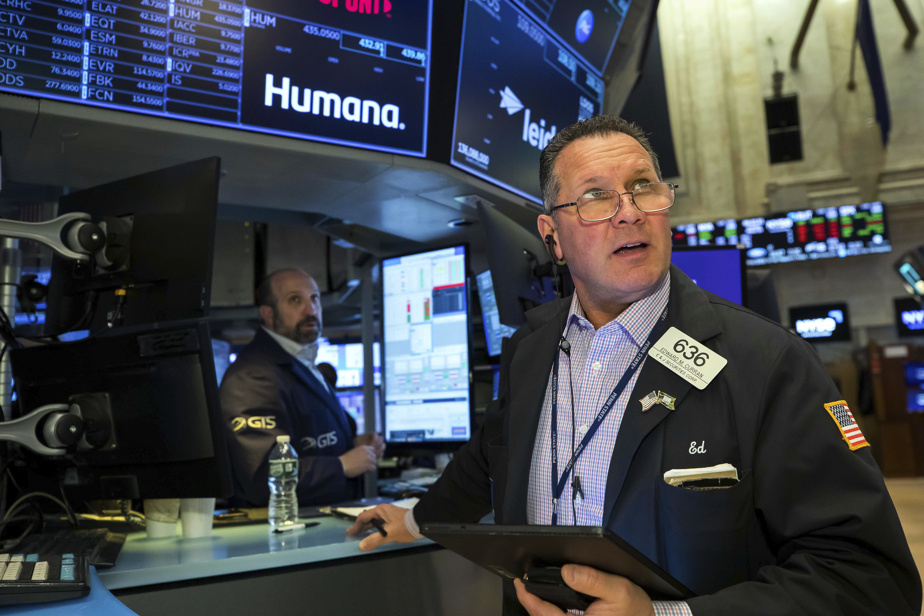 (New York) The New York Stock Exchange was down on Tuesday morning, after a positive start to the week driven by technology, when new financial sanctions were announced by Washington against Russia.

On Monday, the indices had started the quarter up, thanks to the good session of the American technology giants.

The United States has stepped up pressure on Moscow by banning Russia, from Tuesday, from repaying its debt with dollars held in American banks, which increases the risk of a Russian default.

Washington is taking this step as “today is the deadline for Russia to make another debt payment,” the US Treasury said.

For its part, Brussels has announced that it wants to ban purchases of Russian coal, which represent 45% of imports from the European Union.

In Moscow, Vladimir Putin denounced the pressures on Gazprom in Europe and threatened reprisals.

“The situation in the energy field is worsening because of crude measures […] in particular the administrative pressure on our company Gazprom in several European countries”, he said after Germany announced that it was taking temporary control of a German subsidiary of the gas giant.

“There is a bit of hesitation in the market this (Tuesday) morning,” said Patrick O’Hare of Briefing.com.

“Market participants are grappling with the idea that it is going to be more difficult to rally higher given the current environment which includes rising interest rates, persistent inflationary pressures and the continued attack of the Russia against Ukraine,” he summed up.

For analysts at Schwab too, the markets are keeping a close eye on “the war in Eastern Europe, as the United States and Europe consider new sanctions against Russia”.

Investors will watch the minutes of the last monetary meeting of the American central bank (Federal Reserve, Fed) on Wednesday to assess the state of mind of the members of the Fed’s monetary policy committee (FOMC) regarding the size upcoming rate hikes and central bank balance sheet reduction measures.

One of the members of this committee, Lael Brainard, yet one of the most favorable to an accommodative policy, warned on Tuesday that the Fed was ready to act more strongly on rates to slow inflation.

On the stock market, half of the S&P sectors remained in the green, driven by energy (+1.12%), while crude prices started to rise again with the announcement of new sanctions affecting the Russian energy sector .

The tech sector was floundering (-1.39% for information technology), after being driven up the day before by the reception given to the Twitter action when Elon Musk announced a takeover. major participation in the social network.

As of Tuesday, the management of the social network indicated in a tweet that the leader of Tesla and SpaceX therefore entered the board of directors of the group.

In a surprise initiative, the wealthy and whimsical entrepreneur acquired 9.2% of the capital of Twitter for nearly 2.9 billion dollars, instantly becoming its largest shareholder. Elon Musk speaks very frequently on this platform, where he has more than 80 million subscribers.

After a solid rise the day before (+2.93%), the Amazon title reacted little (-0.61%) to the announcement on Tuesday of unprecedented contracts with three space launch companies, including the European Arianespace, for 83 orbiting shots.

The cruise line Carnival was celebrated (+7.85% to 21.28 dollars), after indicating that last week, the company had recorded the best week of reservations in its history.

Starbucks continued to lose more than 3% like the day before. Investors gauged the decision of CEO Howard Schultz, back at the head of the chain, to suspend the share buyback program, saying he wanted to invest “more” in the group.