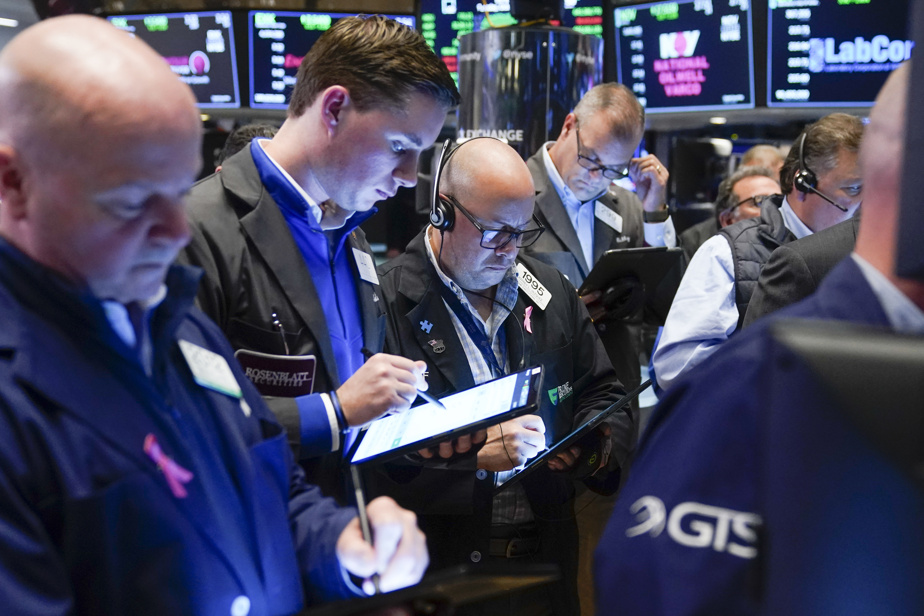 (New York) The New York Stock Exchange fell back Monday at the start of a busy macroeconomic week, between a Fed meeting and US employment figures.

Despite the opening down on Monday, the stock market was expected to end October on a good note, after the severe fall in September. On Friday, at the end of the penultimate session of the month, the Dow Jones showed a monthly increase of more than 14%, nearly 5% for the NASDAQ index and almost 9% for the S&P 500. .

“The bottom line is that October was a great month for equities, driven by […] better-than-expected earnings and speculation that the Fed may soon show a less aggressive monetary stance,” said Patrick O’Hare of Briefing.com.

“We’ll find out soon enough,” added the analyst as the U.S. Central Bank’s Monetary Committee meets from Tuesday and delivers a decision on Wednesday, followed by a press conference by Jerome Powell, the chairman of the Fed.

“The consensus is for a fourth rate hike of 75 basis points” on Wednesday, reminded Art Hogan of B. Riley Wealth Management, “but more important will be the signal that the Fed will give on what will happen next as the Investors are increasingly betting on the fact that it will start to ease off in December” on the tightening of its monetary policy.

The dollar resumed its rise against the major currencies while overnight rates are likely to climb to 4% on Wednesday, with the Fed’s decision.

Activity in the Chicago industrial region contracted again in October, more than expected, according to the ISM index released on Monday, which slipped to 45.2 points against an expected 47, which further depressed stocks after the opening of Wall Street.

After the takeover of Twitter by Elon Musk, the title of the social network disappeared from the rating. The New York Stock Exchange said Friday it expects to delist after all shares are redeemed at $54.20 per share, slightly better than the last price ($53.70).

Amazon was flat (-0.21%) after falling 6.80% on Friday after reporting a drop in third-quarter net profit.

The title of the industrial conglomerate Emerson hardly reacted (-0.02%) after the announcement of having sold to the investment group Blackstone (-0.91%) a majority share of its air conditioning and refrigeration division for 14 billion euros. dollars, debt included.

On the bond market, yields on ten-year Treasury bills advanced slightly to 4.04% against 4.01% on Friday.