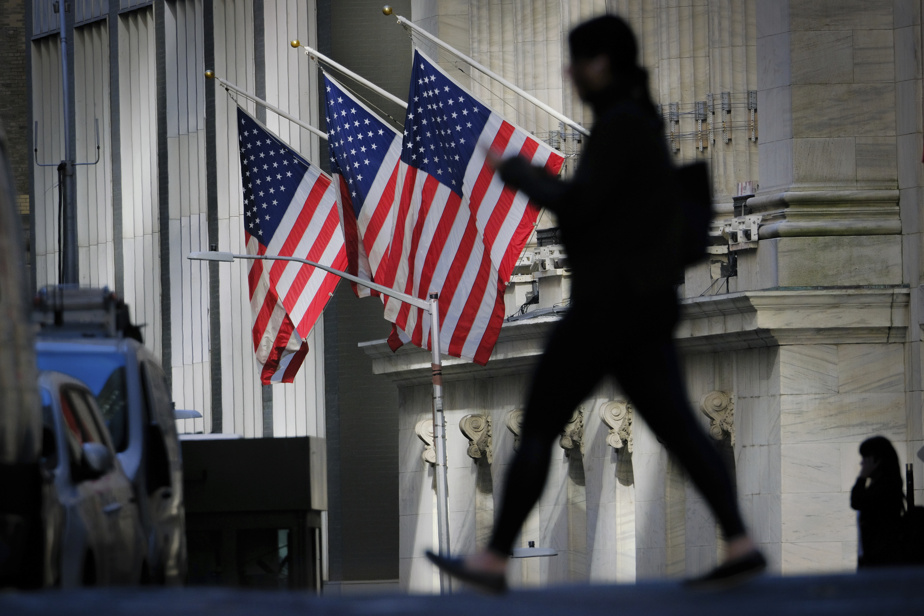 (New York) The New York Stock Exchange ended down sharply on Wednesday, scalded by the firm message of the president of the American central bank (Fed) after having believed in a sign of deceleration of the monetary tightening in progress.

In the statement announcing the decision, the Fed’s Monetary Policy Committee said that in determining the path of rates, it would “take into account the cumulative effect of monetary tightening” already carried out on economic activity.

This mention “sent to the markets the signal that the Federal Reserve would be very cautious after the next two rate hikes”, explained Tom Cahill, of Ventura Wealth Management.

“But the press conference that followed (from Chairman Jerome Powell) reaffirmed that the Fed still has a long way to go. […] and that it was premature to talk about a pause in rate hikes, and that drove the market down,” he added.

In the red before the announcements of the Fed, the Dow Jones thus took up to 1.28%, before falling.

“Inflation is proving to be a tough opponent to beat and the Fed has warned against overly optimistic expectations of a return to more accommodative monetary policy,” observed Susannah Streeter of Hargreaves Lansdown.

Traders now estimate more than 70% the chance that the Fed rate will rise above 5% by next May, a scenario he did not even envisage a month ago.

After easing, bond rates rebounded to stand higher than their level the day before. The yield on 10-year US government bonds stood at 4.08%, against 4.04% the day before.

Unsurprisingly, the prospect of higher rates for longer has chilled the tech sector, which is highly dependent on the cost of cash to fund its growth.

The movement affected Airbnb (-13.43% to 94.41 dollars), despite the publication of a turnover and a net profit above expectations.

The platform predicts a slight slowdown in booking growth for the last quarter of the year, compared to the July-September period.

Another victim, AMD (-1.73% to 58.63 dollars), which had reported, Tuesday after the stock market, results below analysts’ forecasts and the lowering of its projections for the whole of the year . The semiconductor maker is seeing a slowdown in PC computer sales.

Operators welcomed the announcements from Boeing (+2.81% to 147.41 dollars), which on Wednesday unveiled its medium-term forecasts, including revenue similar to the pre-crisis level of the 737 MAX of here 2025 or 2026.

Match Group ignored the bad wind blowing on technology (+4.19% to 45.74 dollars) after reporting a turnover slightly above expectations, driven by the dating site Tinder, which has compensated for the slowdown of other platforms such as Meetic, OkCupid and Match.

The pharmacy chain CVS Health (+2.30% to 96.80 dollars) capitalized on its quarterly sales well above expectations, inflated by volume growth and price increases.

They include in particular the provisioning of 5.2 billion dollars as part of an amicable agreement to settle the lawsuits relating to the prescription of opiates.

The media group Paramount Global (-12.42% to 16.79 dollars) suffered from a disappointment on its turnover and its profit, especially related to traditional television (CBS and MTV in particular), which suffered a decline in advertising revenue.

The cosmetics group referred to a drop in demand from travelers (airports) in Asia and the decision of American retailers to reduce their stocks.