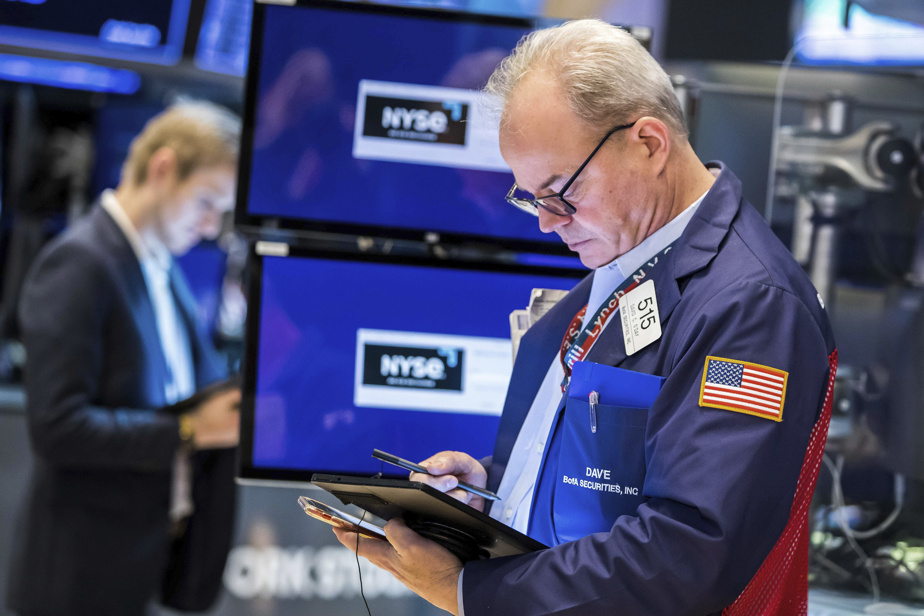 (New York) The New York Stock Exchange ended lower on Wednesday, anxious about the intentions of the American central bank (Federal Reserve, Fed), which confirmed that it planned to accelerate increases in its interest rates to fight against inflation.

Investors watched, worried throughout the session, for the publication of the minutes (the “minutes”) of the last meeting of the Fed in order to detect new indications on the magnitude of future rate hikes and the pace of reduction of the rate. central bank balance sheet.

The NASDAQ fell almost 3% in the session, then regained some ground before the close.

The members of the Fed showed, in these “minutes”, that they were in favor of more marked monetary tightening.

“Many participants pointed out that one or more increases of 50 basis points (half a percentage point, editor’s note) […] may be appropriate at future meetings, particularly if inflationary pressures remain elevated or intensify,” the minutes read.

The Fed began raising overnight rates in mid-March for the first time since 2018, but opted for a more modest hike of just a quarter of a percentage point.

Above all, the central bank now seems determined to more quickly undo the billions of dollars in asset purchases that it stored up during the health crisis to support the economy.

“The Fed has revealed that it plans to reduce its balance sheet by almost $100 billion per month, which is double the rate of balance sheet reductions carried out between 2017 and 2019,” commented Paul Ashworth of Capital Economics.

For Sam Stovall, chief strategist at CFRA, “this approach is not stricter than expected”.

The NASDAQ, which had dropped almost 3% in the session, regained some ground before the close and the Dow Jones pared its losses a little.

But the VIX index, called the “fear index” because it reflects volatility, resumed the upward slope, recording in session “its biggest daily jump since February 10”, said Patrick Martin, analyst for Schaeffer. .

Under these conditions, bond yields rose. Yields on 10-year Treasury bills rose to 2.62% from 2.54% the previous day, a high since March 2019, well before the COVID-19 pandemic.

Rates on 30-year mortgages, a benchmark in the US market, also crossed the 5% threshold on Wednesday for the first time in more than 10 years and mortgage applications fell for the fourth week in a row. , according to the Mortgage Bankers Association.

Developments on the war in Ukraine also remained front and center for investors as the United States announced a new round of “devastating” sanctions against Russia, targeting big banks and the children of Vladimir Putin.

Listed, low-cost airline Spirit, which is being outbid by JetBlue after an initial takeover bid by Frontier, fell 2.41% to $26.27 after climbing more than 20% the day before.

Twitter dropped some ballast (-0.43% to $50.76), after being celebrated on Wall Street in recent days when Tesla boss Elon Musk announced that he had taken a sizeable stake in the network. company, making him its largest shareholder.

The Toronto Stock Exchange’s flagship index slid to a near three-week low on Wednesday as the release of minutes from the U.S. Federal Reserve’s most recent meeting heightened concerns that the Fed’s efforts central bank to fight inflation lead to an economic slowdown.