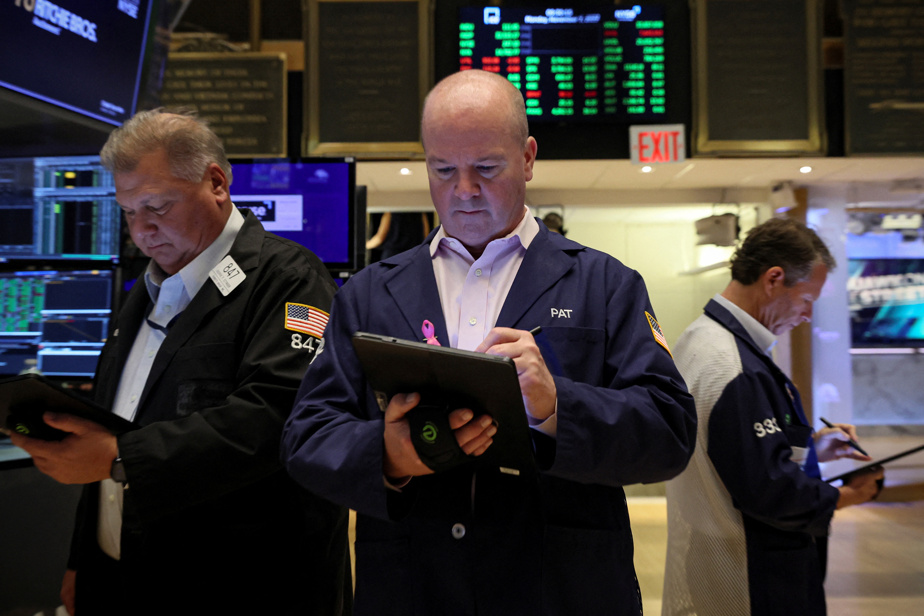 (New York) The New York Stock Exchange ended in the green Tuesday before the results of the US congressional election, investors expecting a crippled government to come out of the polls, which is not to displease the markets .

“The market finished well, it’s because of the elections and the fact that we risk ending up with a paralysis of the administration, which is positive for the market”, summed up Peter Cardillo of Spartan Capital.

Americans voted Tuesday to determine the balance of power in Congress.

The polls, subject to caution in the United States and which have often been wrong, were counting on a clear victory in the House of Representatives for the Republicans, who could also regain control of the Senate. In this case, it is a paralyzed government that would come out of the vote, which is favored by investors.

“Generally, for the market, a deadlocked administration is good news,” said Art Hogan of B. Riley Wealth Management.

“The market always likes dead ends,” added Peter Cardillo. “If we assume that the Senate remains Democratic and the House of Representatives becomes Republican, nothing can be done,” he added.

If the first results will be announced from 7 p.m. ET, the outcome of closer duels or even contentious issues “could create uncertainties in the medium term”, qualified Mr. Cardillo.

The stock market’s positive attitude had “also to do with the fact that the market has traditionally done well in the twelve months following a midterm election,” according to Patrick O’Hare of Briefing.com. Statistics suggest an average gain of 14.5% over these periods since 1950.

In the immediate future, on the economic front, investors were above all awaiting the publication of the consumer price index (CPI) on Thursday, which will weigh on the future attitude of the Central Bank (Fed) vis-à-vis the its pace of interest rate hikes.

Analysts still predict a monthly increase of 0.5% for October after +0.6% the month before, according to Briefing.com. Over one year, however, inflation could ease slightly to 7.9% from 8.2%, according to Marketwatch.

On the stock exchange, the universe of cryptoassets was shaken up, with the news in the second part of the session of the unexpected takeover by the virtual currency platform Binance, number one in the sector, of its rival FTX.com, apparently in difficulty.

The news also caused the shares of crypto-asset platforms to falter. Coinbase’s stock lost 10.78% to $50.83. That of Robinhood, the popular online brokerage application, which has also launched into virtual assets, plunged more than 19% to 9.74 dollars.

Disney, which had reached 99.90 (+0.53%), dropped 6.23% in electronic trading after the close. Despite an increase in subscribers, Disney +, its streaming service, doubled its operating loss.

The car rental company with driver Lyft tumbled 22.91%, heavily sanctioned despite record quarterly turnover but below forecasts and above all driven more by its price increases than by the volume of its customers.

The share price of Take-Two Interactive, the video game publisher and owner of Rockstar Games fell 13.68% after the group sharply lowered its revenue forecast for the year and missed its target for its second trimester.

The cruise line Norwegian Cruise Line was in good shape (+3.66%) thanks to strong sales growth that far exceeded market expectations.