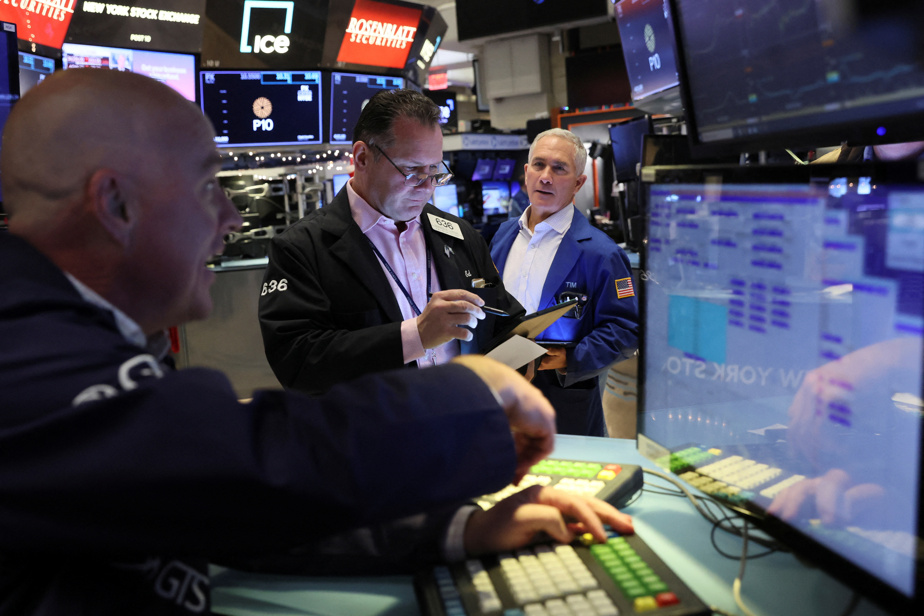 (New York) The New York Stock Exchange ended again sharply lower on Tuesday, anxious at the idea of ​​a more marked deterioration than expected in the economy next year, against a backdrop of ongoing monetary tightening.

“Stocks fell on recession concerns,” Edward Moya of Oanda said in a note.

The feeling, already present on Monday on Wall Street, that the American central bank (Fed) could raise its rates more than expected and tip the American economy into recession, was reinforced by statements from several leaders.

The CEO of JPMorgan Chase bank, Jamie Dimon, notably warned, on the CNBC channel, that inflation and the measures of the Fed to counter it “could well derail the economy and cause a moderate or severe recession”.

The chief executive of another bank, Goldman Sachs, David Solomon, went in the same direction, and said to expect “a turbulent period” on the economic level.

For Edward Moya, the ambient gloom is reinforced by the succession of announcements of massive layoffs, which are no longer confined only to the technology sector.

According to wall street journalPepsiCo is preparing to part with several hundred people and, on Tuesday, Morgan Stanley bank announced their leave to around 1,600 employees, or around 2% of the workforce.

“Macroeconomic data is increasingly suggesting that we will have a recession in 2023,” said Nick Reece of Merk Investments. “And I don’t think the recession has been properly priced in by the market. »

A sign that fears of a soft patch in the US economy prevailed on Tuesday over apprehensions of tougher-than-expected monetary tightening, bond yields eased slightly.

This phenomenon generally announces a recession.

“This should be a red light for the Fed, which would push it to say that it has gone too far,” said Nick Reece.

On the odds, Meta was battered (-6.79% to 114.12 dollars), while the European Personal Data Protection Board (EDPB) is preparing to render a decision against the group next Monday for its targeted advertising practices, which could result in a hefty fine.

The prospect of a recession has penalized banks, which could see debts increase and demand for credit shrink. Goldman Sachs (-2.32%), and Bank of America (-4.26%) finished far in the red, only JPMorgan pulling out of the game (+0.17%).

The Royal Caribbean cruise line (-3.01% to 57.63 dollars) took the water after a lowering of the recommendation of analysts at JPMorgan Chase, who see the operator more exposed than its competitors to economic conditions.

As the turmoil of the bankruptcy of the FTX platform continues to agitate the universe of cryptocurrencies, Silvergate Capital, a small Californian regional bank that has become a major player in the sector, has been targeted (-4.70 to 23.10 dollars) .

The establishment was the custodian of part of the sums placed on FTX but had not lent money to the platform.