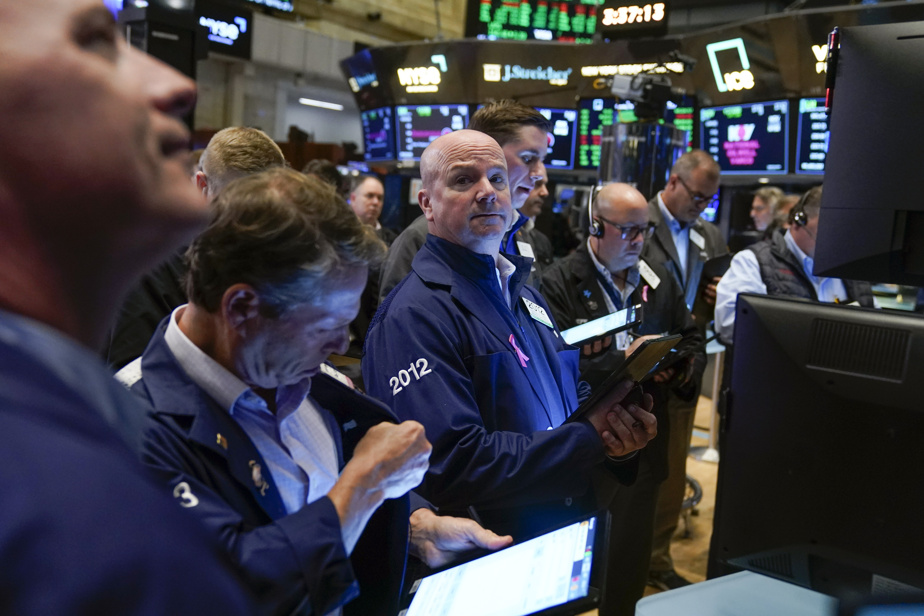 After an initial plunge on Thursday, following the publication of a higher-than-expected US inflation indicator, Wall Street had given an unexpected boost and ended up sharply.

For Patrick O’Hare, from Briefing.com, it was the passage below a major technical threshold, namely 3,500 points for the S&P 500, which caused the jump.

“There was no fundamental reason for the market to move as it did yesterday,” the analyst added.

“The market was oversold, so I wouldn’t be surprised if we saw some buying momentum in the coming weeks and a positive October,” commented Nick Reece of Merk Investments.

But the conviction is lacking and it would rather be “a technical rebound, hedge purchases” by operators who had played on the downside, “a reaction against the current”.

For Patrick O’Hare, the indices were also supported by the announcements of British Prime Minister Liz Truss who will reconsider part of her plan to support the economy, which had irritated investors.

The official sacked her finance minister, Kwasi Kwarteng, on Friday.

The few indicators of the day had little influence on the New York market, whether retail sales in the United States, stable in September over one month, or the drop in import prices (-1.2%) , also in September and over a month.

On the bond market, rates were stable, after the peaks reached the day before. The yield on 10-year US government bonds was 3.94%, like the day before.

No less than four major US banks published their quarterly results before market.

The results of JPMorgan Chase (+3.52% to 113.22 dollars), above expectations whether for turnover or net profit, were welcomed. CEO Jamie Dimon nevertheless warned: “There are significant headwinds directly facing us”, be it inflation, the ongoing monetary tightening or the war in Ukraine.

Its rival Citigroup (+2.44% to 44.00 dollars), like JPMorgan Chase, took advantage of the dynamism of retail banking to offset the deceleration of investment banking activities, handicapped by a tightening of credit conditions and uncertainty about the trajectory of the economy.

Both its turnover and its net profit were down, but above expectations.

Another banking establishment to publish its results on Friday, Wells Fargo (+4.81% to 44.42 dollars) did better than expected on its turnover, partly due to the rise in interest rates, which allows it to restore its margins.

As for Morgan Stanley (-2.81% to 77.09 dollars), which does not have a retail bank, it suffered from the bad climate for market activities and published a turnover quite significantly below forecasts analysts.

The Albertsons supermarket chain fell (-5.20% to 27.14 dollars) after the announcement of its takeover by its competitor Kroger, for 24.6 billion dollars, debt included.

The share price was aligned with the price offered by Kroger, ie 34.10 dollars, from which will be deducted an exceptional dividend of 6.85 dollars, which brings the amount actually offered per share to 27.25 dollars. The marriage will give birth to a juggernaut of mass distribution, with nearly 5,000 stores and 710,000 employees.

The health insurer UnitedHealth (+ 3.39% to 527.20 dollars), first weighting of the Dow Jones (11% of the index) paraded after reporting higher turnover and profit than analysts predicted.

The group benefits from the increase in tariffs in the health sector, which allows it to be among the rare companies to significantly improve its margins in this period of galloping inflation.