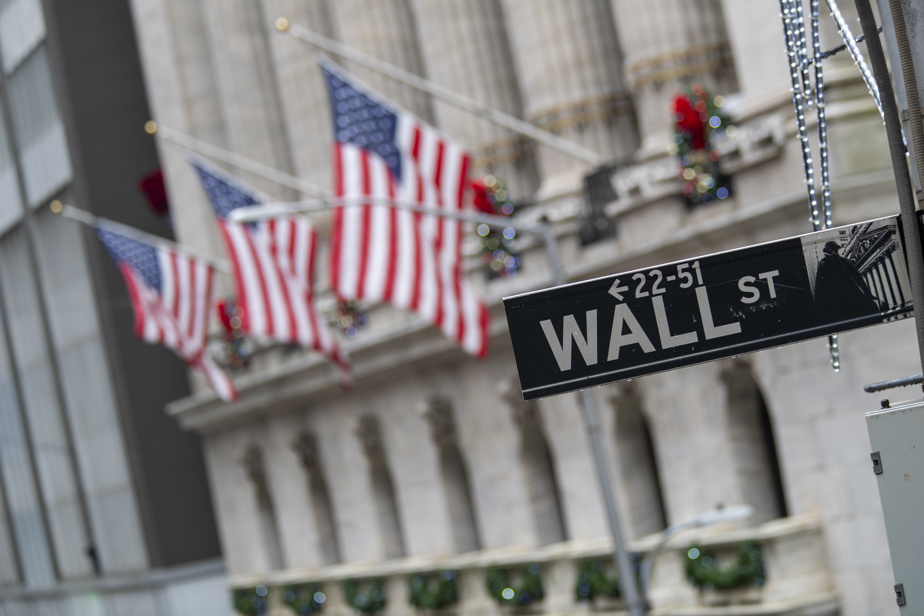 (New York) The New York Stock Exchange ended higher on Friday, after digesting a series of mixed indicators, without conviction, however, to fuel a final rebound before the end of the year.

The indices oscillated between positive and negative for a long time during the session, before ostensibly choosing green before the close.

This volatility is partly explained by the absence of a number of operators, on the eve of the Christmas weekend, with the prospect of a market closed on Monday due to a public holiday in the United States.

In addition, for Schwab analysts, this hesitation is due to the contrasting nature of the US macroeconomic indicators of the day.

The PCE index showed that inflation had slowed significantly in November in the United States, to 5.5% year on year, against 6.1% the previous month.

But Wall Street regretted that the so-called core inflation (excluding food and energy), appears at 4.7%, against 4.6% expected by economists.

“The Fed’s favorite inflation indicator (US central bank) remains well above the institution’s target” of 2% per year, “which supports the idea of ​​higher rates, and for longer”, reacted, in a note, Rubeela Farooqi, of High Frequency Economics.

The bond market took note of this state of affairs and the yield on 10-year US government bonds rose to 3.74% against 3.67% the previous day.

The PCE survey also showed that consumption had increased by 0.1% over one month in November, less than expected by economists (+0.2%). “This is indicative of a weakening of consumers,” commented Sam Millette of Commonwealth Financial Network, which could contribute to the slowing economy.

The mood improved a little later with the arrival of the monthly survey from the University of Michigan, according to which the index of consumer confidence rose to 59.7 points in December, against 56.8 points last month.

The index that reflects Americans’ expectations for the coming months recorded an even more marked gain.

The “attention” of the market “has shifted somewhat from inflation to growth,” observed Angelo Kourkafas of Edward Jones. “The central scenario is that a recession is coming, a priori moderate. »

Friday’s modest rebound did not change the vision of most operators, who no longer believe in a final boost in the indices next week, to end 2022 with panache.

“Santa Claus is late,” summed up Angelo Kourkafas. “Usually we should have already started climbing, and that didn’t happen this week. The analyst expects volatile sessions, but within tight margins, next week.

On the side, several stocks were driven by bargain hunting, including Alphabet (+1.76%), Amazon (+1.74%) or the semiconductor manufacturer Micron (+1.56%), which had frozen Wall Street on Wednesday with its gloomy forecasts.

On the other hand, Tesla has still not managed to stop its fall (-1.76% to 123.15 dollars), which began several weeks ago, despite statements by Elon Musk, the boss and reference shareholder of the vehicle manufacturer. electric, who pledged Thursday, during a forum organized on Twitter, not to sell any Tesla title in 2023 “and probably not the year after either”.

A growing number of analysts are warning that the difficulties are just beginning for Tesla, which is facing a slowdown in demand, while Elon Musk “fell asleep at the wheel”, very busy with the Twitter file, “so that investors need a leader who can maneuver through the storm,” warned Dan Ives of Wedbush Securities.

The Dow Jones, for its part, was supported by so-called defensive stocks, i.e. considered less sensitive to the economic situation, which were doing well, such as the chemical group Dow (+1.38%), McDonald’s (+0.68%) or the industrial conglomerate Honeywell (+0.73%).

The Canadian dollar traded at an average price of 73.51 cents US, up from 73.23 cents US on Thursday.