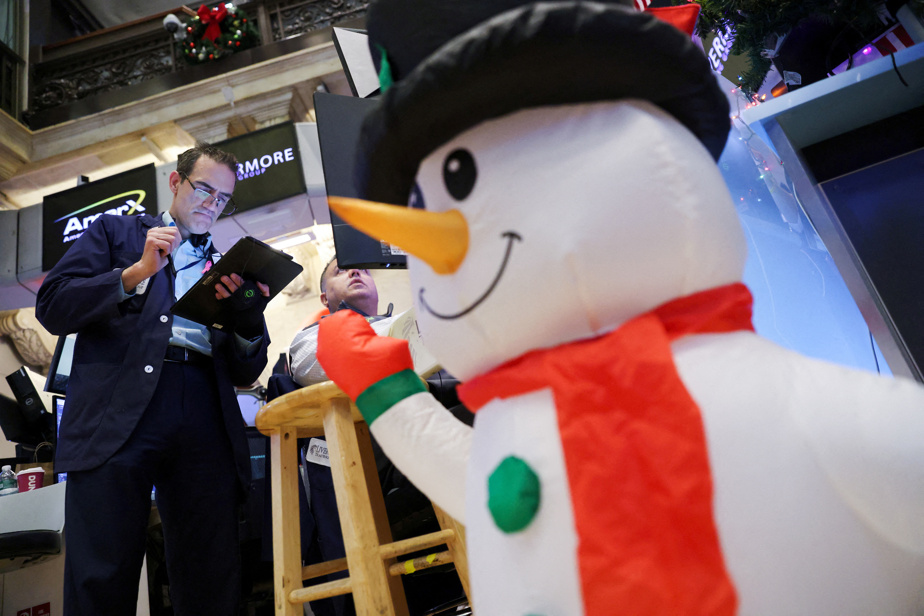 (New York) The New York Stock Exchange closed on a timid rebound on Tuesday after four consecutive sessions of losses and an unexpected adjustment in monetary policy by the Bank of Japan.

Despite this hesitant advance, the three main indices remained on track for a poor month of December, one of the worst since 2018, analysts said.

According to him, “changes in Japanese monetary policy which amount in effect to raising interest rates have had a negative impact on the dollar”. “But this weaker dollar attracted investors (in the stock market) and prompted a hunt for bargains,” said the analyst.

The Bank of Japan surprisingly changed its interest rate curve control policy on Japanese government bonds, which initially caused markets to sell off.

The BoJ will now tolerate a fluctuation in these ten-year yields between -0.5% and +0.5%, whereas it previously set the ceiling at +0.25%.

In the bond market, yields on ten-year US Treasury bonds jumped to 3.68% from 3.58% the day before. The dollar retreated against major currencies, with the dollar index dropping 0.66% to 104.03 points.

The Bank of Japan has so far been an exception in the landscape of major central banks, which are all maneuvering to raise interest rates sharply in order to fight against inflation.

However, while it has marginally modified the ceiling on government bond yields, the BoJ continues to assert that it does not intend to abandon its ultra-accommodative monetary policy.

On the odds, the Wells Fargo bank (-2.01% to 40.98 dollars) was penalized after the fine imposed on it by the Consumer Protection Bureau (CFPB) because of irregularities in the management of loans automobiles and real estate.

The bank agreed to pay $3.7 billion to close the lawsuits, including $2 billion in refunds to injured customers and a $1.7 billion fine, one of the largest penalties ever imposed by the CFPB.

The title of the Nike sports equipment group closed almost stable (+0.16% to 103.21 dollars), but soared 7.34% around 4:30 p.m. (Eastern time) in electronic trading after closing. The group announced results in the second quarter much better than expected.

The brand has managed to offset the negative effects of inventory, higher raw material costs and foreign exchange through price increases.

Fedex shares climbed 3.12% after the close after finishing down 2.62%.

Agribusiness giant General Mills fell 4.58% to $83.13 despite better-than-expected second-quarter results, but the cereal maker Cheerios got there mostly because of higher prices, which worried investors.

Tesla stock continued its downward slide to $137.80, plunging 8.05% amid cacophony over what founder Elon Musk could do as he struggles with the management of Twitter, which he acquired at full price two months ago.

with The Canadian Press