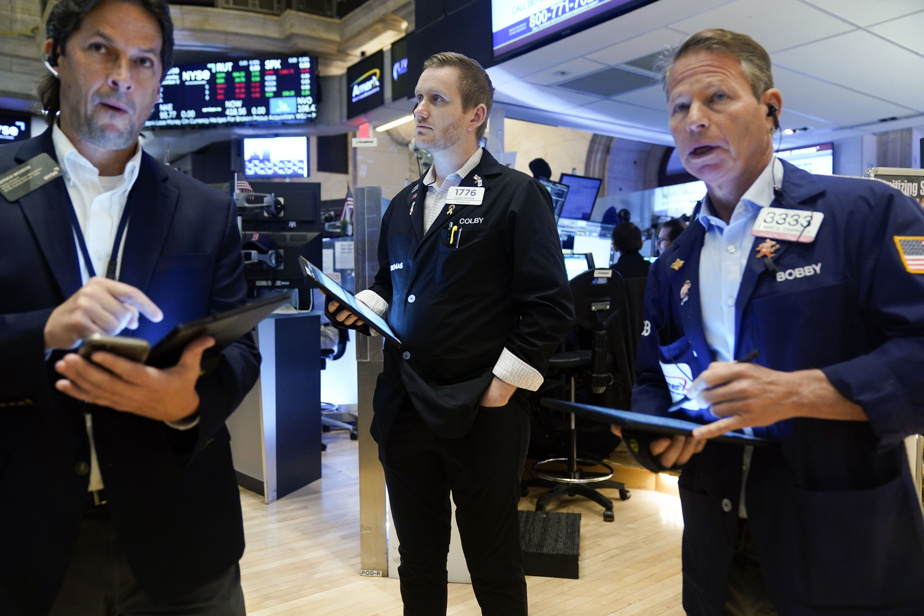 (New York) The New York Stock Exchange ended in the green Monday on the eve of the midterm elections to the US Congress.

Americans vote Tuesday to determine the balance of power in Congress. And, after a fierce campaign centered on inflation, Republicans are showing growing confidence in their chances of stripping Democratic President Joe Biden of his majorities in Parliament.

The polls, questionable in the United States and which have often been wrong, in any case count on a clear victory in the House of Representatives for the Republicans, who could also regain control of the Senate.

In this case, the government could be paralyzed in its action, which seems to please the market.

“The consensus is that a government split between the White House and Congress is going to lead to more political gridlock and a slowdown in President Joe Biden’s agendas,” commented Art Hogan of B. Riley Wealth Management.

Historically indeed, Wall Street has shown a preference for a divided Congress and White House, as this blocks the execution of laws that might be unfavorable to the market.

But for Karl Haeling of LBBW, the positive current on Wall Street “is less about the expectation of a Republican victory than the idea that the elections will be over”. “In general, the stock market behaves well at the end of the year after the midterm elections”, assures the analyst.

“I personally don’t think it matters who wins or loses as long as the election is behind us,” Haeling added. “And even if the Democrats miraculously managed to keep both chambers, they wouldn’t have enough of a majority to really achieve much,” he said.

Inflation on the horizon

On the economic front, investors will mainly watch the CPI consumer price index on Thursday. Analysts are still forecasting a monthly increase of 0.5% for October after +0.6% the month before.

On the stock market, Apple was in the red for most of the session as the iPhone maker admitted on Sunday that its phone shipments to China will be weaker than expected ahead of the holiday season due to restrictions on COVID-19 in China. The title, however, ended up 0.39% to 138.92 dollars.

Meta (Facebook), which the Wall Street Journal says will lay off thousands of people, was praised by investors, gaining 6.53% to $96.72. The title of Mark Zuckerberg’s group was one of the biggest losers of the year in the S&P 500, dropping more than 70% of its value over twelve months.

Tesla lost 5.01% to $197.08 as its boss Elon Musk grapples with his overhaul of the Twitter social network, bought for $44 billion.

Chauffeur-driven car rental company Lyft, which ended up 2.91% at $14.14, plunged 8.20% in post-closing electronic trading. The competitor of Uber achieved a record quarterly turnover but a little below forecasts and carried more by its price increases than by the volume of its customers.

The chain of drugstores and pharmacies Walgreens gained 4.10% to 38.59 dollars. One of its subsidiaries, Willage Practice Management, will buy Summit Health, a network of emergency medicine pharmacies based in the northeast and in Oregon, for $8.9 billion.