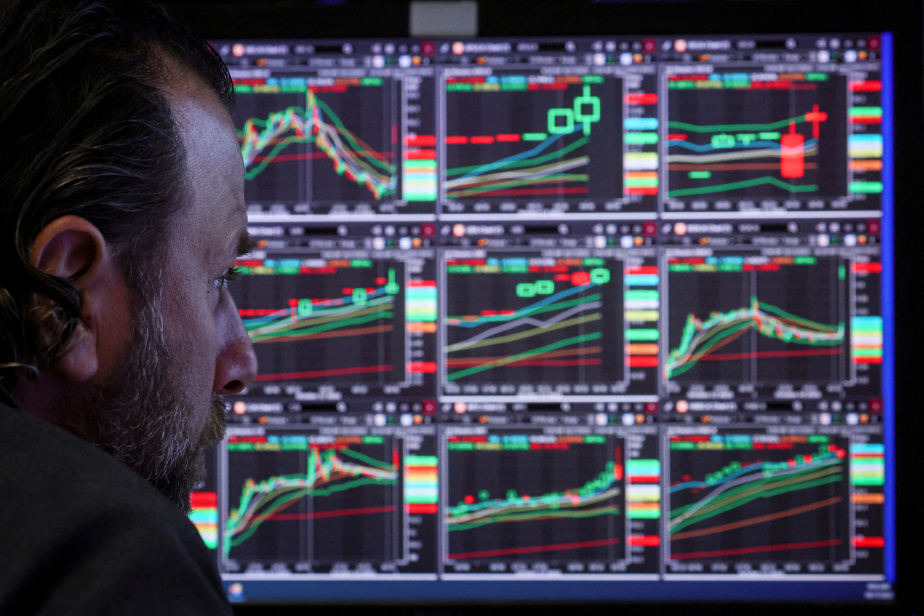 (New York) The New York Stock Exchange closed higher on Tuesday for the second day in a row on the back of better than expected corporate results, but optimism lost momentum in the second half of the session.

“The banks reported good results and that fueled optimism, but I wonder if this uptrend isn’t simply a case of a technical rebound in a generally bearish market,” doubted Karl Haeling of LBBW.

US equities were off in the red hat at the start of the session, with all three indexes sailing well above 2%, but they lost ground during the day.

“I noticed that the commodities sector was generally in decline,” noted the LBBW analyst for AFP, recalling that crude prices took a nose dive when press reports reported that the White House was once again going to draw on the strategic reserves of black gold.

Asked by AFP, the White House declined to comment and the Ministry of Energy did not respond.

Another press information, concerning Apple which intends to reduce its production of iPhone 14, also cooled the NASDAQ.

According to the specialized information site, The Information, the Cupertino company is preparing to reduce its production of iPhone 14, after a reassessment of global demand and has already ordered one of its subcontractors in China to stop production. manufacture of certain components.

“Overall, for the economy in general, one concern remains, it is that of China”, summed up Karl Haeling. Beijing ‘isn’t going to change its zero-tolerance policy on COVID-19 anytime soon, so it’s going to take until next year to see China’s economy grow again “said the analyst.

However, the equity market had a strong start to the week on the back of better than expected corporate results.

Goldman Sachs (+2.46%), the last major bank to publish its quarterly accounts, posted lower results, but better than expected, and announced a new reconfiguration of its activities.

The other major banks which had published results the day before also exceeding expectations continued to rise, such as Morgan Stanley (+3.02%), JPMorgan (+2.56%) and Bank of America (+3.81%).

The title of Lockheed Martin jumped 8.81% to 432.32 dollars after the American arms group announced a net profit per share stronger than anticipated by analysts, helped by its aeronautics division which manufactures planes F-35 fighter.

Buoyed by the ambient optimism, but perhaps also by the fact that the Amazon Labor Union (ALU) failed to set up in one of its warehouses in New York State, the e-commerce giant Amazon gained 2.26%.

After the close of the market, Netflix, which had concluded down 1.73% to 240.86 dollars, soared in electronic trading (+14%). The leader of streaming exploded expectations by gaining 2.4 million additional subscribers during the third quarter.

This result well beyond its forecasts represents a victory for the streaming veteran who had lost nearly 1.2 million between January and June. The platform now has more than 223 million subscribers, surpassing its record at the end of 2021 (221.8 million).

Bond yields were quiet, with that on ten-year Treasury bills posting at 3.99% versus 4.01% the previous day.

The Toronto Stock Exchange closed on a gain of more than 175 points, before the publication, Wednesday, of the most recent data on Canadian inflation, while the major American indices also advanced.

In the currency market, the Canadian dollar traded at an average rate of 72.70 cents US, down from 72.83 cents US on Monday.