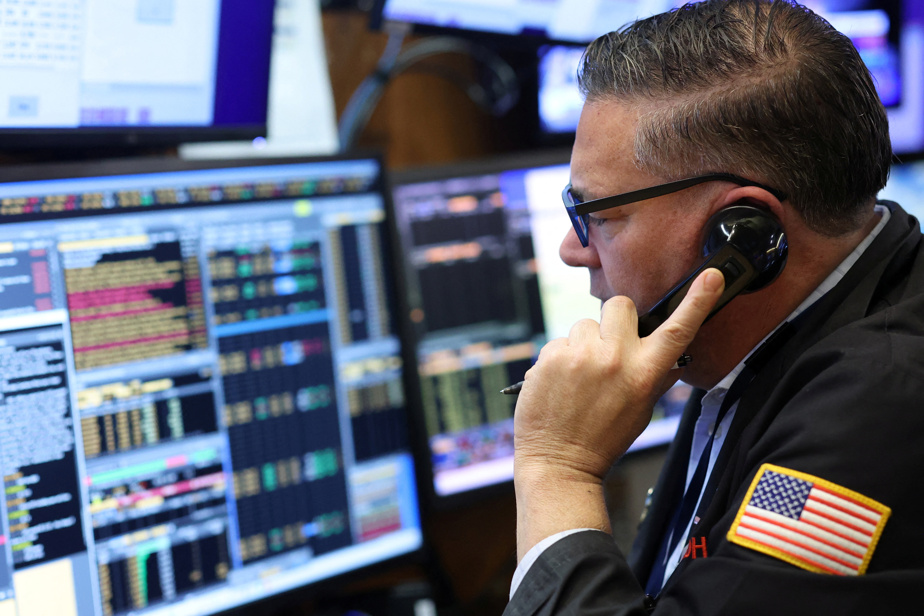 (New York) The New York Stock Exchange ended in disarray on Monday, unable to confirm Friday’s rebound, in a market that is waiting to learn more about the trajectory of inflation and corporate results.

The New York place had started with a bang, on the momentum of Friday. A growing number of operators no longer rule out the idea of ​​a soft landing for the American economy, which would have digested, year after year, the brutal monetary tightening of the American central bank (Fed).

But the atmosphere darkened over the session, deprived of a major indicator.

“Don’t see the S&P 500 closing today as a sign that things are getting worse,” commented Andy Kapyrin of Regent Atlantic. “The market and the economy are complicated” to decipher right now, he added. “We don’t know how things will develop in the next few months. »

The prospect of a lighter-handed Fed in 2023 continued to weigh on bond yields on Monday. The yield on 10-year US government bonds eased to 3.52% from 3.55% on Friday, a three-week low.

This context has benefited technology companies, which are sensitive to credit conditions to finance their growth.

Conversely, so-called defensive stocks, i.e. stocks that are theoretically less sensitive to the economic situation, marked time, such as the Merck laboratory (-3.88%), Coca-Cola (- 1.25%) or the hygiene and cleaning products group Procter & Gamble (-1.22%).

With the surrounding uncertainty, “the vision of operators is constantly changing and you are going to have different segments of the market which will take the lead from one day to the next”, warns Andy Kapyrin.

For Peter Cardillo, of Spartan Capital, Wall Street has returned to a wait-and-see position, before the publication of the CPI price index on Thursday and the start of the earnings season on Friday.

“If these figures are satisfactory” for investors, “a ‘January effect’ is probable”, according to the analyst. Traditionally, the market tends to rise in January when it follows a year of decline.

The session was also an opportunity for traders to digest mixed retail data.

On the one hand, the ready-to-wear brand Abercrombie & Fitch (+8.73% to 27.40 dollars), jumped after announcing on Monday the upward revision of its forecasts. The chain is now expecting a growing turnover in the last quarter of 2022, against a contraction previously, and expects larger margins than expected.

Conversely, other retail names suffered from the slowdown in the US economy, such as sports equipment manufacturer lululemon athletica (-9.29% to $298.66), which revised to lowering its forecast for revenue and profit for the fourth quarter of 2022 on Monday.

The department store chain Macy’s (-7.68% to 20.43 dollars) has narrowed down the range of its sales forecasts for the last quarter of last year.

The other very lively sector on Monday was pharmacy with, at the top of the list, the American biotech CinCor Pharma which soared (+ 143.97% to 28.74 dollars) after the announcement of its takeover by the British AstraZeneca , valuing the group at $1.8 billion.

Investors have welcomed the departure, scheduled for late January, of Novavax CEO (+11.25% to 12.26 dollars) Stanley Erck, who will be replaced by John Jacobs, who arrived from biotech Harmony Biosciences.

As for Pfizer, it fell (-4.97% to 48.39 dollars) after the Supreme Court rejected an appeal by the pharmaceutical company, which proposed to cover part of the remainder to be paid by beneficiaries of its very expensive treatment for cardiomyopathy (weakening of the heart muscle).

Several listed cryptocurrency players took advantage of the lull in bitcoin to stand out, such as Riot Platforms (+14.25%) or Coinbase (+15.06%).