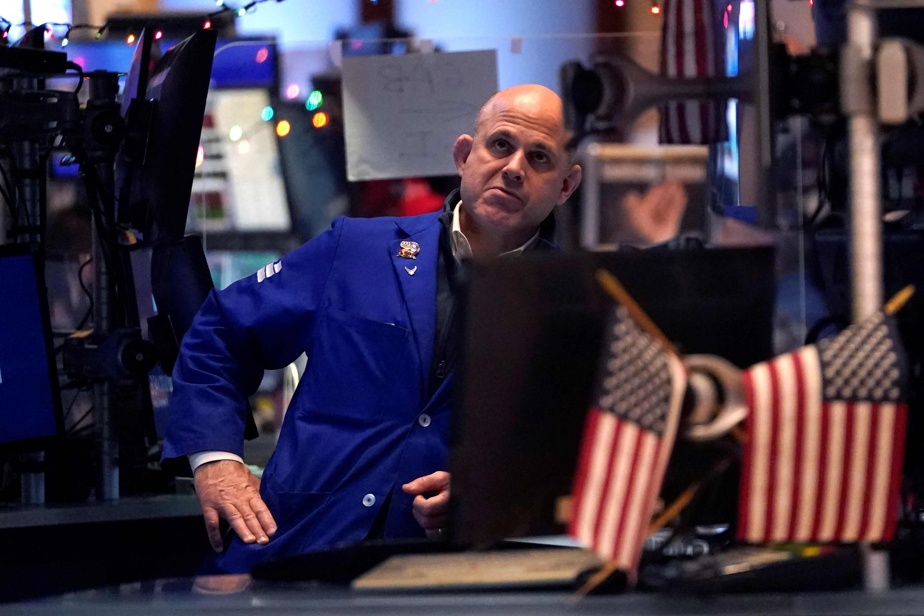 (New York) The New York Stock Exchange is hesitant and nervous on Wednesday, awaiting a report from a meeting of the Fed and after a disappointing manufacturing activity index in the United States for December.

The strength of the finance and information technology sectors allowed the Toronto Stock Exchange to advance late Wednesday morning, despite the weaknesses of the energy group and the drop in the price of crude oil.

The rise in inflation in France slowed in December to 5.9% over one year, against 6.2% in November, according to the provisional estimate published by INSEE on Wednesday.

In Germany, inflation slowed markedly in December, against a backdrop of a lull in energy prices and thanks to state aid, before a further rise expected in early 2023, according to provisional data published on Tuesday.

But forty minutes after the opening, the publication of an ISM manufacturing activity index down to 48.4 in December, a little less than expected, halted the momentum in equities.

In the second part of the session, the publication of the minutes of the last meeting of the American central bank, the Fed, should “decide the last hours of exchanges even if investors wonder whether they will learn something new,” said CFRA’s Sam Stovall.

At the beginning of December, the Fed had slowed down its pace of rate hikes by raising them by 50 basis points instead of 75 the previous times. But above all the Central Bank had raised its inflation forecast.

The Fed minutes “should shed light on why the Fed has raised its inflation forecast for 2023,” said Art Hogan of B. Riley Wealth Management.

On the odds, the title of the American IT group Saleforce, a member of the Dow Jones, gained 2.42% to 138 dollars, hailed for having announced the layoff of 10% of its employees, or almost 8,000 people.

The group specializing in the distribution of management software and in the cloud computing (remote computing), has 79,000 employees worldwide.

“As our revenues accelerated during the pandemic, we hired too many people,” Salesforce boss Marc Benioff said in a letter to employees.

Microsoft fell 5.25% to 227 dollars after a downgraded note from a banking analyst on activity in the clouds (remote computing). The group has also recognized its first union within its video game subsidiary Zenimax.

The subsidiary of the American conglomerate GE dedicated to the health sector has entered the NASDAQ, marking the first stage of the split of the former industrial giant into three separate companies.

GE HealthCare Technologies is listed under the symbol GEHC, while GE remains registered on the New York Stock Exchange (NYSE), the other major stock exchange in New York.