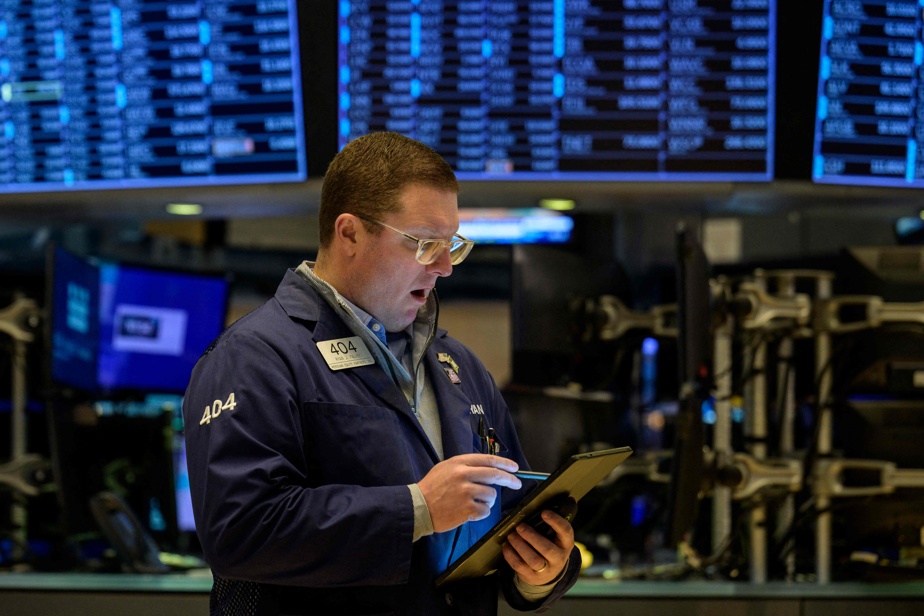 (New York) The New York Stock Exchange ended Tuesday in mixed order in a hesitant market after a salvo of mixed corporate results.

The market, which had started more in the red at the opening, “was fluctuating today”, observed Peter Cardillo of Spartan Capital.

“The morning sales corresponded to profit-taking” after two sessions of solid increases, “while investors digested the wave of earnings announcements from large companies,” added the analyst.

These were mixed, particularly the announcements of expectation of activity for 2023, but overall “out of 12 groups”, which published their quarterly accounts on Tuesday, “seven beat forecasts”, he said. noted.

The IT group has announced results that are certainly down, but better than expected for the second quarter of its staggered fiscal year. Above all, its activity in the cloud (remote computing) garnered more sales than expected.

The title of Alphabet, the parent company of Google, lost momentum (-1.98% to 99.21 dollars) after the US government’s decision to sue the internet giant for “monopoly” on the online advertising market. The government’s initiative was “widely expected”, commented Peter Cardillo.

The ministry and eight American states, including California and New York, are asking the courts to condemn the Californian group for violating competition law, to make it pay damages and to order the cession of its activities related to the sale online advertising space.

Among the major groups that announced their results, 3 m (-6.16% to 115.07 dollars), a member of the Dow Jones, said it was preparing for economic difficulties this year and will lay off 2,500 people out of the 95,000 that it employs around the world.

The diversified group, which produces both medical equipment, rolls of Scotch tape and post-it notes, saw its turnover fall by 6%, a decline mainly due to currency effects. Its quarterly net profit fell 60% to $541 million.

The American defense group Lockheed Martin (+ 1.82% to 449.32 dollars) confirmed that it expected stagnation in sales in 2023, after a fourth quarter a little better than expected, however.

Its competitor Raytheon (-3.34% to 99.46 dollars) meanwhile benefited in the fourth quarter from the continued recovery in air traffic and reported a large order for surface-to-air missile systems for the ‘Ukraine.

Supported by the surge in hydrocarbon prices in 2022, the American oil services group Halliburton has seen its annual profit grow thanks to strong demand for its services and equipment. Its title nevertheless fell 1.77% to 39.85 dollars.

The General Electric group (+1.17% to 80.71 dollars) for its part delivered quarterly results better than expected, boosted by the sustained activity of its aeronautical branch. It posted a net profit of $2.1 billion last quarter, better than expected.

Finally, Johnson and Johnson Laboratories generated revenues of $23.7 billion from September to December (-4.4%), below the average forecast by analysts.

Sales of J&J’s Janssen COVID-19 vaccine were zero in the United States for the last three months of the year. The title remained stable on the stock market.

Tuesday at the start of the session, a good number of company quotations were suspended for ten minutes for a technical problem before resuming normally, just indicated the New York Stock Exchange (Nyse).

This interruption affected titles such as those of Verizon, AT & T, McDonald’s, Wells Fargo and Eli Lilly.