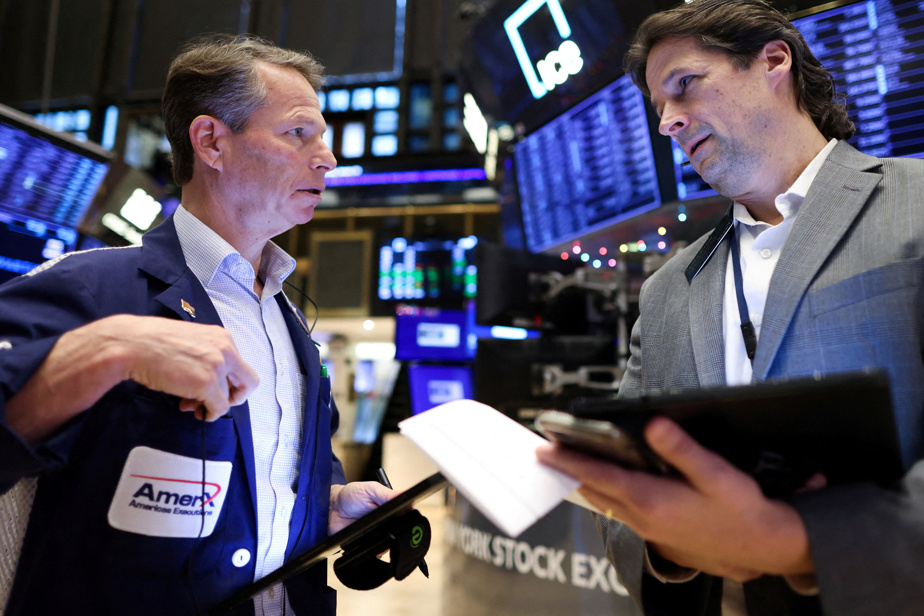 (New York) The New York Stock Exchange moved in dispersed order on Friday, tensed by the comments of American banks on a possible recession and an increase in their provisions in this perspective.

“The market is ready to succumb to profit taking after not-so-great bank results,” Patrick O’Hare of Briefing.com said in a note.

Thursday, the NASDAQ had concluded on a fifth session of consecutive increase.

“It’s a pause in the rebound attempt,” added the analyst, for whom the results and forecasts of companies in the coming weeks “will determine whether the market is ready to accelerate or rewind. »

The earnings season was opened Friday by four major US banks, which all did better than expected by analysts.

However, they were all sanctioned at the start of the session, by investors who retained the increase in provisions for bad debts, a sign of a deterioration in the economy, and rather pessimistic comments.

The banks’ accounts were boosted by a jump in the net interest margin, that is to say the difference between the rate of the bank’s loans and those of its borrowings, which is explained by the sudden rise in US central bank (Fed) rate.

Bank of America (-1.65% to 33.90 dollars) saw this margin increase by 30%, and benefited from record results in retail banking, even if asset management and investment banking marked not.

Same picture at JPMorgan Chase (-0.48% to 138.82 dollars), which nevertheless saw its provisions for bad debts reach 2.2 billion dollars, up by half compared to the previous quarter.

The first American bank is now counting on a “moderate recession”, while the CEO of Bank of America, Brian Moynihan has reported to him an “economic environment in slowdown more and more marked”.

Wells Fargo (-2.40%) and Citigroup (-0.06%) also saw their provisions increase, the second justifying them by “a deterioration in macroeconomic forecasts”.

Investors have also noted that consumers are using their credit cards more, according to banks, which is likely to drive up delinquencies, said Quincy Krosby of LPL Financial.

“The market had risen too much” in recent sessions according to technical analyses, the analyst said. “In this context, it does not take much for him to experience a reflux. »

Among the companies that were part of the first wave of results was also Delta Air Lines (-4.53% to $37.81), which also did better than analysts expected.

The title was nevertheless shunned by operators, disappointed by the company’s forecasts for the first quarter, which includes an increase in non-fuel costs, linked to salary increases.

Elsewhere on the coast, Tesla was under attack again (-3.46% to $119.29), after lowering the prices of most of its models in the United States and Europe.

The manufacturer has cut the price of its Model Y by almost 20%. The decision should allow American buyers to benefit from the reductions provided by the government to promote the development of electric cars in the United States.

This Tesla initiative penalized the entire automotive sector, from General Motors (-4.98%) to Ford (-5.77%), via another electric vehicle specialist, Rivian (-6.94%).

On the bond market, rates consolidated after the plunge recorded since the beginning of the year.

The yield on 10-year US government bonds stood at 3.44%, unchanged from the previous day.