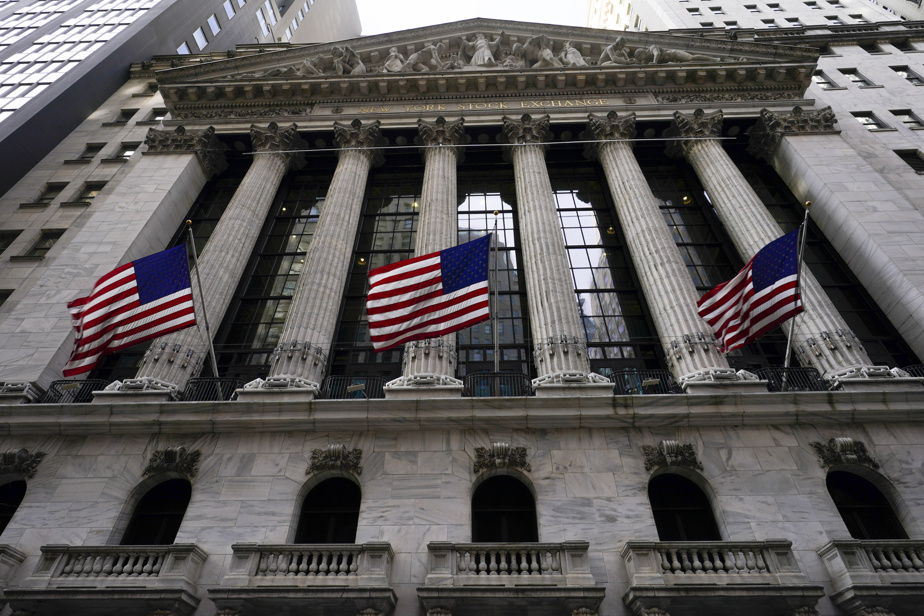 (New York) The New York Stock Exchange moved in dispersed order on Friday, consolidating its position before the weekend after several sessions of increases, against a backdrop of the stalemate of the conflict in Ukraine.

The fact that the market is looking to consolidate “is not a surprise, given the gains recorded this week and the uncertainty that remains on several fronts”, commented, in a note, Patrick O’Hare of Briefing.com.

For Karl Haeling, of the LBBW bank, investors are also looking to reduce their positions on the eve of the weekend, in a context of conflict which could lead to new developments before the reopening of the market on Monday.

The Kremlin on Friday accused Ukraine of “draging out the negotiation process by putting forward new realistic proposals”.

US Secretary of State Antony Blinken had estimated on Thursday that Russia had not so far demonstrated “significant effort” to try to get out of the crisis.

The VIX index, which measures market volatility, has fallen in recent days to levels before the start of the invasion of Ukraine.

Friday is nevertheless the day of the “three witches”, which marks the expiry of futures contracts on stocks and indices, and could bring volatility to the market.

For Karl Haeling, Wall Street could also have been taken the wrong way by the statements, Friday before the opening of the Stock Exchange, of the member of the monetary policy committee of the American Central Bank (Fed), Christopher Waller.

The latter estimated that the Fed could suddenly raise its key rate by half a point at one of its next meetings to fight against inflation.

The central scenario of the members of the Fed, as unveiled on Wednesday by the institution, is, for the moment, a report of six new increases of a quarter point in as many meetings of the Fed until the end of the month. ‘year.

These declarations did not move the bond market, which continued to consolidate after the acceleration at the start of the week. The yield on 10-year government bonds was 2.14%, down from 2.19% the previous day.

On the stock market, recently supported by the surge in the price of black gold, the oil companies fell back, like Marathon Petroleum (-0.86%), ExxonMobil (-0.70%) or Occidental Petroleum (- 1.15%).

Several stocks that have been battered in recent months have remained on the rise, fueled by investor confidence in the strength of the American economy, in particular Snap (+3.69%) or electric vehicle manufacturers Rivian (+7.07% ) and Lucid (+5.64%).

FedEx was sanctioned (-4.46% to 217.82 dollars) after the publication of a quarterly net profit below expectations. Thanks to price increases, the courier group managed to improve its margins.

Moderna advanced (+6.16% to 178.63 dollars) after filing an application for authorization for a second booster of the coronavirus vaccine, intended for adults.

The sports equipment manufacturer On Holding AG (+7.53% to 26.27 dollars), in which tennis player Roger Federer is a shareholder, pranced after the publication of better than expected results and well-received forecasts.