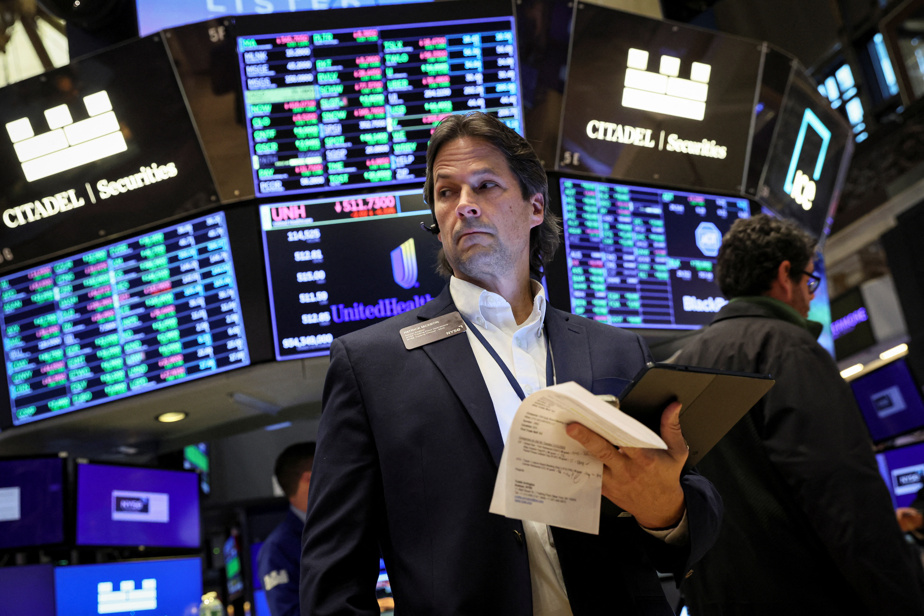 (New York) The New York Stock Exchange is moving lower on Monday shortly after the opening, in lack of direction at the start of a week poor in results and indicators, which will be marked by the Thanksgiving holiday in the United States. United, Thursday.

“There’s not a lot of conviction in the market this morning, but there is a little bias related to growth concerns,” Briefing.com’s Patrick O’Hare commented in a note.

With no headline corporate results or macro indicators, ‘the only thing affecting equities is the situation in China, because cases are soaring again’ and raising concerns about activity in the second-largest economy of the world.

The National Health Commission (NHC) on Monday reported a new high since late April, with 24,730 new cases. The rate of contagion has more than doubled in a week.

And China announced on Monday the death of two new COVID-19 patients, elderly people in Beijing.

Activity in the New York square is “moderate, because we are in a week with a public holiday”, explained Karl Haeling, of LBBW. “And the volume of trade will be limited” until Thursday, Thanksgiving Day. Markets will be closed that day. And on Friday, the session will be much shorter than usual.

The lack of players and volume in the market could increase volatility, the analyst warned. The VIX index, which measures volatility on Wall Street, also rose somewhat on Monday.

On the bond market, rates eased slightly, after an intervention on Saturday by the president of the Atlanta branch of the American Central Bank (Fed), Raphael Bostic.

The official considered appropriate in the state an additional increase of 0.75 percentage point to one point of the key rate of the Fed to curb inflation.

This would bring it to a range between 4.50% and 4.75% at its peak, much less than anticipated by operators, who see it going beyond 5%.

Bob Chapek pays for the results deemed disappointing for the Burbank (California) company, weighed down in particular by the cost of developing the platforms of streaming from Disney. However, these are considered to be the preferred vector of growth for the company.

The vitality of Disney alone pulled the Dow Jones, with the help of the chain of DIY stores Home Depot (+1.06%) and the Amgen laboratory (+0.91%).

The cryptocurrency sector remains in a turbulent zone, after the FTX platform filed for bankruptcy ten days ago. The exchange site Coinbase continued its slide (-5.57%), as did Silvergate Capital (-4.76%), often nicknamed “crypto bank”.

Tesla fell (3.59% to 173.73 dollars), after a new recall of vehicles, linked to the malfunction of the rear lights of more than 300,000 Model Y and Model 3. The boss of the manufacturer, Elon Musk, also continues to to make headlines for his restructuring of Twitter, which he took control of at the end of October.

Several railway companies are also sanctioned after the rejection on Monday by a major rail union of a new branch agreement. Four of the twelve unions in the sector have refused the terms offered so far, raising the threat of a strike in early December.