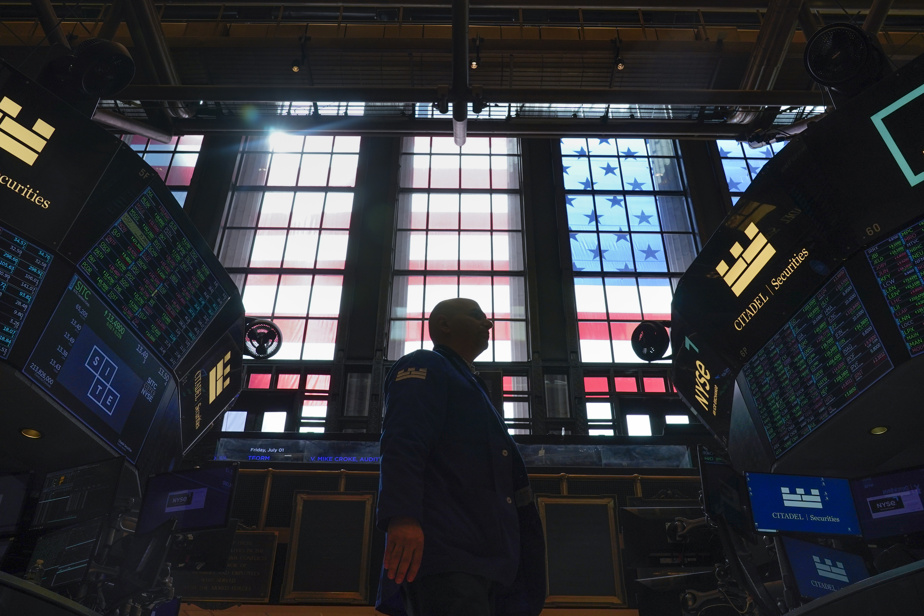 (Paris) Solid job creation in the United States pushed Wall Street into the red on Thursday, and European stock markets also came to a halt in the face of the prospect of a more stringent American Federal Reserve (Fed) in its fight against inflation.

In Europe, after a resounding start to the year, the indices fell back a little: Paris lost 0.22%, Milan 0.11%, Frankfurt 0.38%. London, whose exporting companies are favored by the weakness of the pound, gained 0.64% and was at its highest since April 2022.

European stock markets have been much more dynamic than those on the other side of the Atlantic since the beginning of the year.

“Europe, via its exports, is more sensitive to China”, and therefore reacts more to “convincing” signals of the reopening of the economy, despite the explosion of cases of COVID-19 contamination in the country, explains Nicolas Leprince, manager of Edmond de Rothschild AM.

Private employers in the United States created 235,000 jobs in December, much more than expected despite the slowdown in economic activity caused by the Fed to fight against inflation.

The monthly ADP/Stanford Lab survey serves as an appetizer before Friday’s release of the official US employment report by the Labor Department.

“The data is not what the Federal Reserve expected,” said Craig Erlam, analyst at Oanda. A strong labor market leads to wage increases, which are then passed on to business prices, fueling inflation.

In December, wages continued to rise, even though they saw their weakest increase since March.

Bond rates rose sharply after the sharp drop in recent sessions. The yield on the American 10-year reached 3.72%.

Abyss for Bed Bath and Beyond

The title of the chain of stores of articles for the house Bed Bath and Beyond collapsed of 24,68%. The action is at its lowest for thirty years and has lost more than 80% of its value since the end of 2021, and the brand has recognized that bankruptcy was not excluded.

For several months, the company has been dealing with a decrease in footfall in its stores and with supply and inventory difficulties.

The best sales announced by the British clothing giant Next caused its price to soar by 6.89%. Its competitor JD Sports also climbed 3.07% and the DIY store Kingfisher took 2.67%.

British bank Standard Chartered gained 6.78% on Thursday after reports of a possible takeover bid by First Abu Dhabi Bank. The title briefly jumped 20% but the decline was contained because First Abu Dhabi Bank tempered the information, ensuring that the takeover offer once considered was no longer relevant.

On the energy side

On the oil market, whose prices had fallen further on Wednesday, the barrel of American WTI rose by 1.84% to 74.15 dollars around 11:50 a.m. and the barrel of Brent from the North Sea by 1.68% at 79.13 dollars after a significant increase in oil stocks.