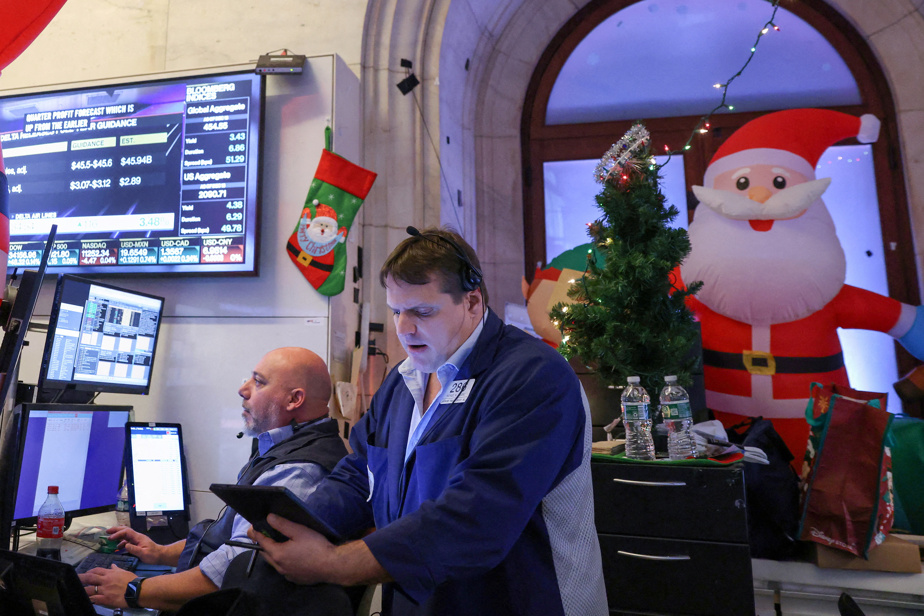 (New York) The New York Stock Exchange regained momentum at the opening on Wednesday, boosted by the first encouraging corporate results and by better consumer morale ahead of the holiday season.

Tuesday, the indices had timidly finished in the green after four sessions of decline.

Nike stock pranced up 13.56% to $117.21 as investors celebrated much better-than-expected March 2 results.e quarter for the sports equipment supplier.

The brand, which suffered from too large an inventory, partially sold its stocks while managing to increase its turnover by 17%, more than analysts expected.

Thanks to “strategic action on the price” of its products, the group posted earnings per share of $0.85, against $0.65 forecast by analysts, which raised investor optimism for the trading season. results to come although the specter of a recession remains present.

Fedex stock also stood out, rising 4% to $170.80. The express carrier announced Tuesday after the closing of new savings measures which should allow it to compensate for a slowdown in its activity.

It now forecast a cost contraction of $3.7 billion for its entire staggered 2023 fiscal year, which runs through the end of May, which was welcomed by investors.

“The positive market response to these early corporate results is paradoxical, as it comes from totally different perspectives,” observed Patrick O’Hare of Briefing.com.

“In the case of Nike, this is because the demand for its products is still strong and that its inventory problems are behind it,” said the analyst.

“In Fedex’s case, it’s more rooted in the company’s desire to preserve margins by further reducing costs,” he added.

On the indicators front, the real estate market continued to look gloomy with housing resales down for the 10e months in a row. The market for existing homes thus fell by 7.7% in November compared to October, a development worse than expected.

It fell by 35.4% over one year, mainly due to the rise in interest rates which discourages buyers from taking out mortgages.

Investors, on the other hand, appreciated the consumer confidence index for December, published half an hour after the opening.

The survey, carried out by the Conference Board, shows a stronger than expected rebound in consumer sentiment to 108.3 points against 101.4 points in November, a peak since April.

On the side, the Tesla action, which had hit a new low for a year on Tuesday (-8%) amid the cacophony of Elon Musk’s intentions in relation to Twitter, picked up a little momentum on Wednesday (+ 1.97%).

Elon Musk announced on Tuesday evening that he would leave the head of Twitter as soon as he “found someone crazy enough” to succeed him.

The owner of the microblogging platform thus reacted to the result of the poll he himself had initiated on Monday on Twitter, asking whether he should leave the head of the company or not, 57% of the 17 million voters responding with the affirmative.

In three months, the title of the manufacturer of electric vehicles had lost nearly 55% of its value on Wall Street, and more than 33% since the takeover of Twitter.