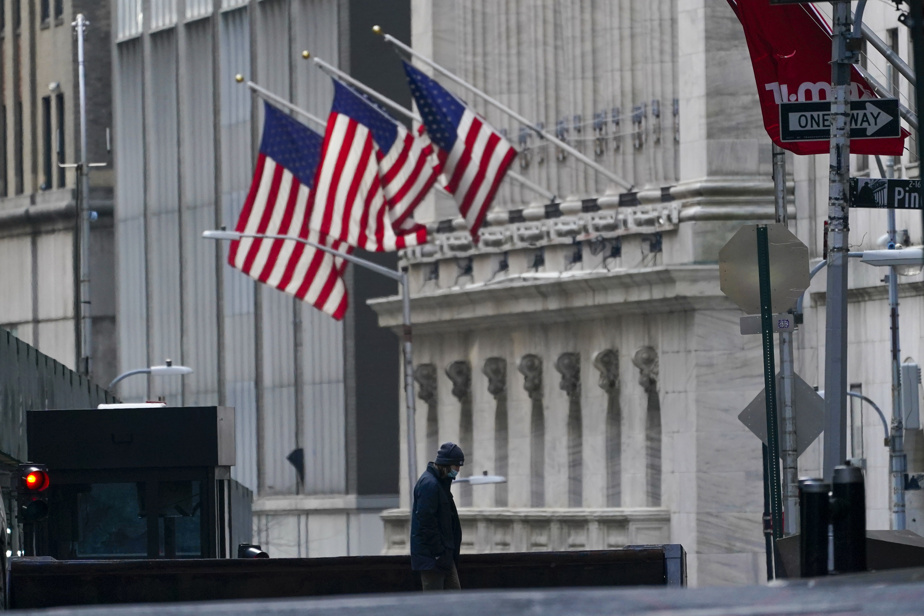 (New York) The New York Stock Exchange left in the red at the opening on Friday, after registering a modest rebound the day before and, at this rate, the indices are moving towards a weekly loss.

This week, trade was weighed down by the firm intentions of the American central bank (Fed), detailed in the minutes of its last monetary meeting, to fight against inflation by accelerating rate hikes and starting the reduction of its balance sheet from the month of May.

“Overall, this rapid monetary tightening is not expected to tip the US economy into recession,” said Paul Ashworth of Capital Economics. “But if financial conditions were to tighten more sharply, with a sharper rise in borrowing costs and/or the dollar, then a mild recession would no longer be out of the question,” he added.

This pivotal movement by the Fed, confirmed by several statements by members of the Monetary Committee, considerably strained the bond market. Yields on 10-year Treasuries continued to climb Friday to 2.71%, a new high in more than three years, well before the COVID-19 pandemic.

“The Fed continues to be the focus, but the ongoing war in Ukraine remains in the backdrop, with this week’s new sanctions against Russia by the United States and the European Union giving markets pause,” noted Schwab analysts.

On the stock exchange, Tesla lost 2.46% to 1031 dollars while Elon Musk, who recently acquired just over 9% of the capital of Twitter and became its largest shareholder, will soon meet the employees of the social network. for a Q&A session.

According to washington postseveral Twitter employees expressed their concerns after the arrival of Mr. Musk to the board of directors, believing in particular that the values ​​​​of the billionaire were not in line with the corporate culture of the social network.

Shares of semiconductor makers, which have risen sharply in recent months on supply chain issues, were battered after negative analysts’ views. Nvidia fell by almost 4%, AMD by 2.50% and Micron Tecnology by 2.23%.

Robinhood, the popular online brokerage app, plunged nearly 7% to $11.24 after a downbeat rating from Goldman Sachs. The company went public less than a year ago in August 2021 at a price of $38.