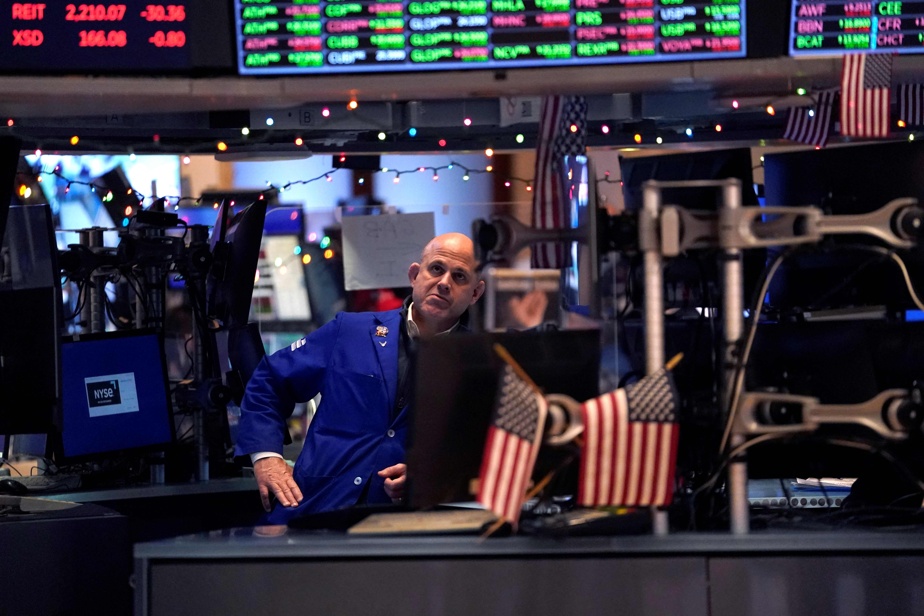 (New York) The New York Stock Exchange, which started the session higher to start the year 2023, slipped slightly into the red after a long weekend and a lackluster week of weak trading that ended a bad year for equities.

“Let’s hope that 2022 is over for the stock market, which had its worst year since 2008; like the bond market,” said Patrick O’Hare of Briefing.com.

“For the moment, things seem better, without really substantive reasons,” he said, but he noted Tuesday “an activity motivated by the hunt for bargains”.

For Art Hogan, 2023 is still likely to be “bumpy, at least the first few months”. The B. Riley Wealth Management analyst believes that “weaker economic trends will play out” leading to a mild recession.

“We believe the Fed is overestimating the potential duration of inflation and underestimating the underlying strength of the economy,” which he said could lead to overly tight monetary policy that will restrict economic activity. .

This week, investors will be watching the minutes of the last monetary meeting of the American central bank (Fed) which will be published on Wednesday and especially the official labor market figures for December on Friday.

Analysts forecast 210,000 job creations after 265,000 in November and a stable unemployment rate at 3.7%, according to the consensus of Briefing.com.

Listed, Tesla was on the decline again (-6.05% to $115.73 at 9:40 a.m. EST) after plunging 65% last year. The electric vehicle maker announced disappointing deliveries for the year as a whole on Monday.

The brand delivered 1.31 million electric vehicles in 2022, which is a record and a 40% year-on-year jump, but remains below its own forecasts and Wall Street expectations.

The electronic payment group PayPal climbed 3.66% to 73.83 dollars after a good note from banking analysts which motivated investors looking for bargains.

The title of the operator of casinos Wynn Resorts gained almost 3% also benefiting from a favorable note from banking analysts optimistic on the activity with the reopening of Macau.