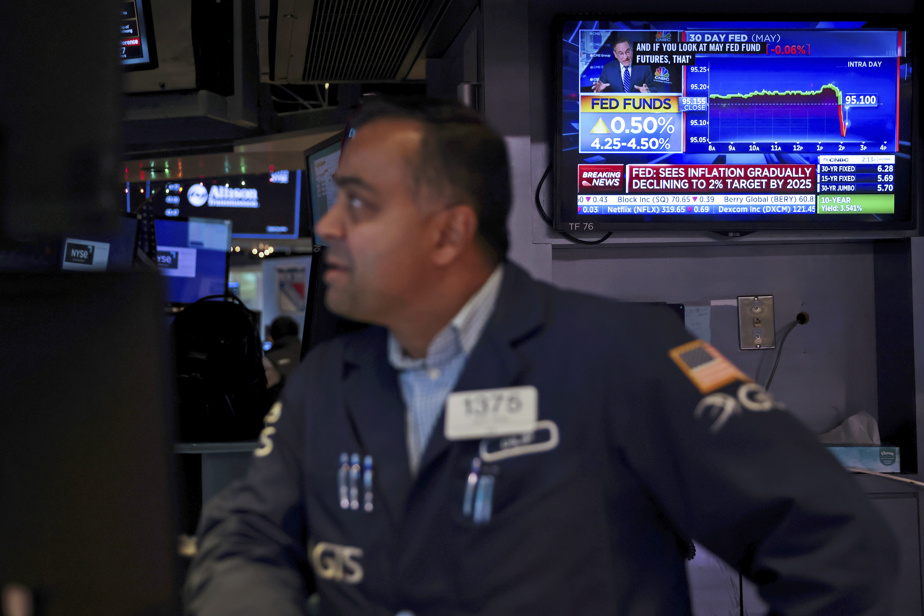 (New York) The New York Stock Exchange moved in scattered order at the start of the session on Monday, without enthusiasm after a week of losses and a negative month of December so far.

“Christmas is coming, but Santa Claus is not in sight. Conversely, a grumpy mood infiltrated Wall Street,” noted Patrick O’Hare of Briefing.com.

“The least we can say is that the stock market is very unbalanced in December, a month that is generally good for equities,” lamented the analyst.

With interest rates rising this year, growth concerns have taken center stage and the stock market is on course for the worst year since 2008, when the housing-related financial crisis hit.

Last week, the US central bank (Fed), European Central Bank (ECB), Bank of England and Swiss National Bank all raised policy rates by half a percentage point, heightening concerns about a coming recession.

No indicator is on the program Monday, but the menu for the week will be filled with several real estate indicators, then Friday with consumer spending for November and especially the PCE inflation index, the one followed primarily by the Fed.

The other consumer price index (CPI), released last week and generally higher than the PCE, came in at 7.1% year on year in November, down from 7.7% in October, but too high to convince the Fed to pause rate hikes.

On the side, Tesla went up (+ 2.28% to 153 dollars) around 9:45 a.m. (Eastern time). A majority of Twitter users who responded to Elon Musk’s survey on his future at the head of the network he has just bought, rejected the leader.

The rebound of the action also comes after a dismal month of December when the title fell by more than 15%.

The latest confused statements from Elon Musk, who eventually wants to ban links to other platforms on Twitter, also worried the sector.