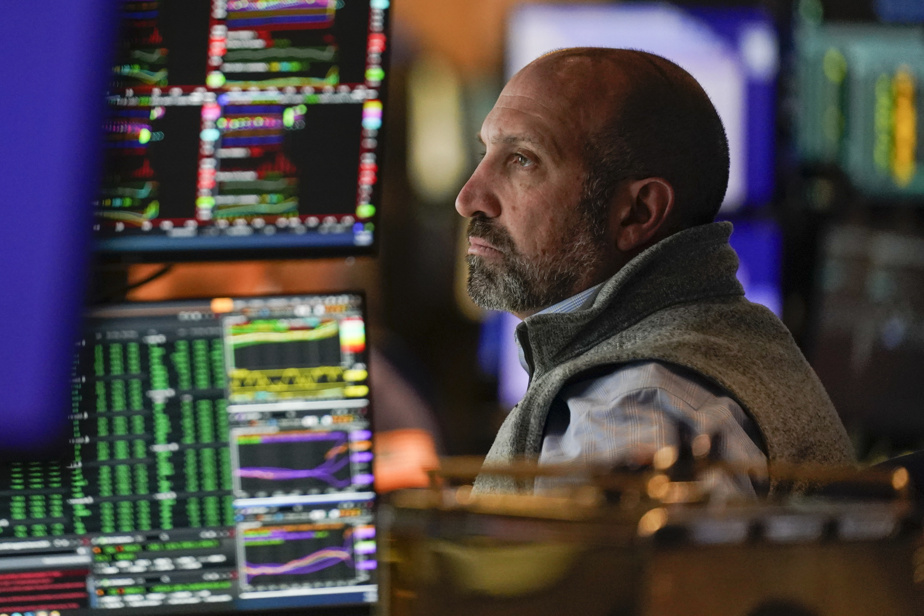 The Toronto Stock Exchange closed down more than 100 points, on the heels of the release of data showing stronger than expected inflation for the month of September.

In the currency market, the Canadian dollar traded at an average rate of 72.54 cents US, down from 72.70 cents US on Tuesday.

Stocks ended in the red “as investors were caught between the prospect of a tight Federal Reserve on monetary policy and earnings from good companies,” Wells Fargo analysts summed up.

The Fed’s Beige Book, released on Wednesday, two weeks before the US central bank’s next monetary meeting, depicted a slowing progress economy in the United States where a wind of “pessimism” is beginning to blow among entrepreneurs. “Price inflation remains high,” according to the survey.

“There was nothing today that brought us any consolation on the inflation side globally and that pushed bond rates up,” Tom Cahill of Ventura Wealth Management told AFP. highlighting the large price increases announced in the United Kingdom and even in Canada.

When the cost of money rises like this, stocks tend to fall, as this portends heavier operating costs for businesses, which will weigh on profits.

Inflation in the UK accelerated to 10.1% year-on-year, a 40-year high and the highest among G7 countries. In Canada, even though inflation slowed marginally over one year to 6.9% instead of 7%, it still picked up 0.1% over the month.

In addition, Minneapolis Fed Chairman Neil Kashkari said in an interview broadcast on the central bank’s regional office on Wednesday that he saw “no sign that inflation is under -jacent has finished climbing”.

“Nothing suggests that we are moving in the right direction in terms of prices,” added Tom Cahill.

The analyst pointed out that even oil prices were on the rise, jumping 2% to 3%, while the Biden administration announced that it would release an additional 15 million barrels of crude from strategic reserves on the market. , with the aim of lowering prices.

“A strong dollar is also problematic for the stock market, because it strains financial conditions for companies and reduces the sales they make abroad,” noted Tom Cahill.

Apart from energy (+2.94%), all S&P sectors ended in the red, starting with real estate (-2.56%). The indicator of departures from new sites in September collapsed by 8.1% compared to the month before due to the cost of mortgages, according to the US Department of Commerce.

However, corporate results continued to be, on the whole, much better than expected.

The streaming leader Netflix concluded up 13.09% after posting a significant rebound in the number of its subscribers, which allows it to reach the record of 223 million.

United Airlines gained 4.97% as the airline reported a strong summer quarter as economic difficulties did not appear to affect the recovery in demand for airline tickets.

Tesla was down 3.31% to $214 in electronic trading after the close. If the electric car manufacturer doubled its profit in the third quarter, the turnover of Elon Musk’s group disappointed.