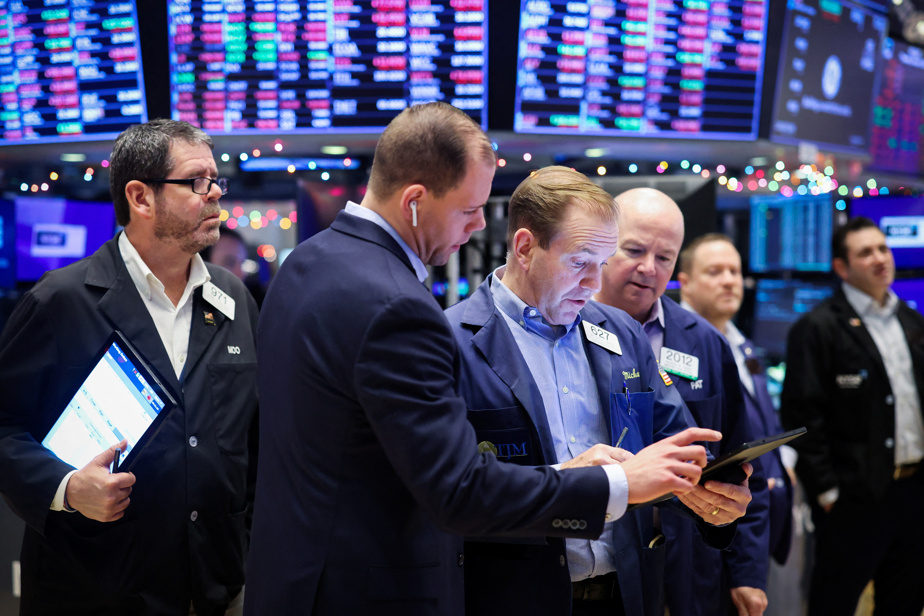 (New York) The New York Stock Exchange opened higher on Wednesday, still well oriented by indicators showing a slowdown in the economy without any breakage and a lull on the inflation front, which will nevertheless have to be confirmed by the CPI price index, due Thursday.

“The trend is up, thanks to the prevailing sentiment that the economy and inflation are slowing, which will help the Fed (US central bank) to understand that it no longer needs to raise rates much more” , explained, in a note, Patrick O’Hare, of Briefing.com.

The series of indicators published in January constitutes “a good surprise”, which comes on the heels of an end to the year 2022 marked by “generalized gloom”, observes Jack Ablin.

The bond market evolved in dispersed order. The yield on 10-year US government bonds eased to 3.57% against 3.61% the day before, but short rates themselves rose.

The positive difference between the 3-month rate and its 10-year equivalent reached its highest level since 1981 on Wednesday. Considered a strong marker, it announces, for operators, a slowdown in the economy and a possible fall in medium-term interest rates.

The indices are approaching important thresholds, in particular the average of the last 200 trading days for the S&P 500, at 3990.21 points. A passage above this bar would be a strong signal for the New York market.

“We are starting to see indicators shift,” notes Jack Ablin. “The dollar in particular”, which on Wednesday recorded a seven-month low against the euro. “It’s a positive sign that suggests the Fed is done (with its rate hikes) or that the end of a cycle is in sight. This may be an opening for stocks. »

“We are about to enter a pivotal period for the market, which will begin with the publication of the CPI (price) index on Thursday and will continue, in the coming weeks, with the results of the fourth quarter” 2022 for companies listed, recalled Patrick O’Hare.

On the stock market, the major American airlines were on the rise despite the temporary halt, in the early morning, of all flight departures from American territory, following a computer failure of the global pilot information system. and crews, according to the US civil aviation regulator (FAA).

Around 9 a.m. (Eastern time), the FAA announced the lifting of this suspension and the resumption of air traffic.

Tesla continued its recovery (+ 2.57% to 121.90 dollars), while, according to the Wall Street Journal, the automaker plans to invest $ 775 million in expansion work at its Austin plant, in Texas.

The title of the professional wrestling league WWE, quoted in New York, was blowing (-0.75% to 89.57 dollars) after having taken more than 30% in one week, carried by the return of the former boss Vince McMahon as Executive Chairman of the Board of Directors.

Forced to resign in July after being accused of sexual harassment, the septuagenarian, who is still the reference shareholder, has imposed himself back at the helm, with the ambition of helping WWE find a buyer. and negotiate his new broadcast contract in the United States.